When I started the Good Shepherd Lutheran Church Choir in the early seventies, both Martha and Charlie were among the first members. We became close friends right away. Martha was an alto and Charlie sang base. We did quite a number cantatas during both the Christmas season and at Easter time. Both of them sang several fun solos in those cantatas, which involved a great deal of practice time. We certainly had a lot of laughs and fun together. Charlie was working at the Kingsport Press in Kingsport. In 1979, he moved to a company in south Boston. We went to visit them in the summer before we went to Cape Cod. It was a wonderful get-together as we renewed our friendship. The smiles in the following two slides show you what I mean. We were clearly very young then! 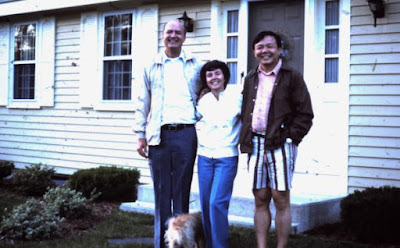 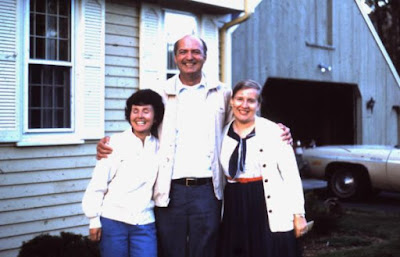