Turning four was a big day for Panpan! When her fourth birthday came, she was already acting pretty grown-up. We felt that she knew quite a bit about how things should be. She could recite a lot of stories and had started to read some small books. We were very proud of her. We had quite a big party for her birthday. There was a birthday cake and some games, with a number of guests - some of whom we can no longer recognize! 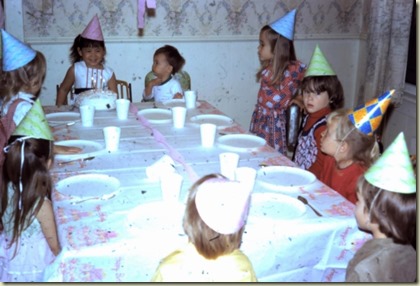 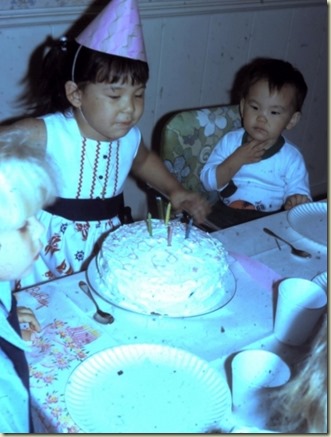 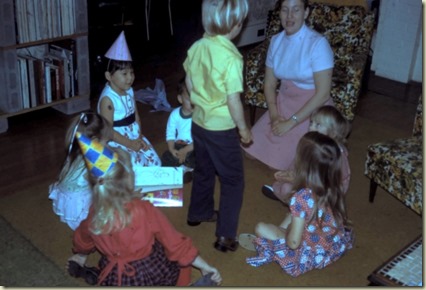 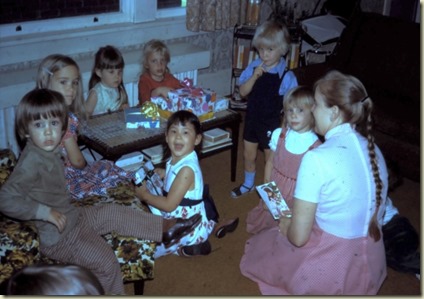 Posted by Just having FUN at 2:17 PM No comments:

While I was teaching in Kentucky, I was so busy that I did not see how Janice was coping with Panpan and Steven. Of course, it was also  true that Steven was too young to reveal his personality at the time. In Johnson City, our life was very stable. Janice was enjoying our children and I got a chance to share that enjoyment too. I took the shot below when our kids got their chance to scrap the pan after Janice made the some goodies: 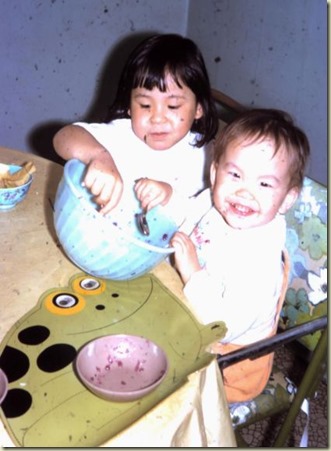 On the weekends, when the weather allowed, we usually shared our life together outdoors with other families who had children of a similar age. We went to different parks in the area, or drove a bit further to Watauga Lake. Oh, we had fun! 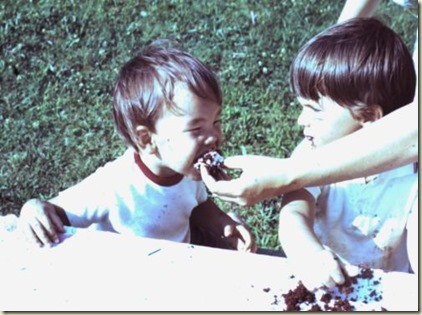 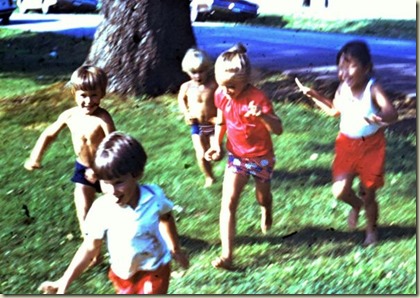 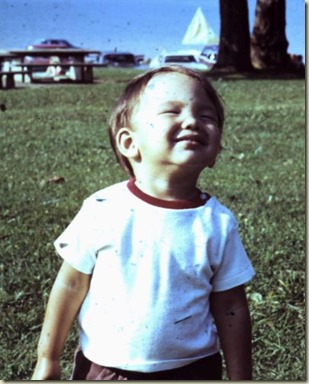 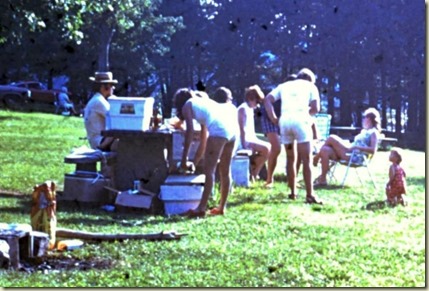 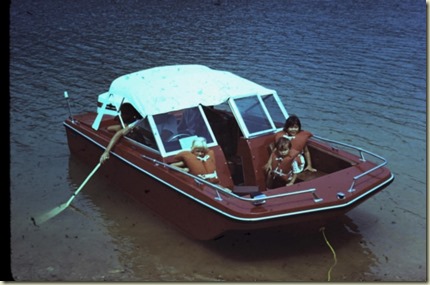 Posted by Just having FUN at 10:48 AM No comments:

Talking about “Princess”, our dog, there is also a story. It is not about how we got her from a big litter at a farm house outside Johnson City, although that, too, was quite an experience! When we first saw her, she was very timid but also very alert. The lady at the farm told us that she was the dog that always played with her grandchildren when they visited. Janice had great eyes to decide right there to take her home, as we enjoyed her tremendously later over the years. And right after she was house broken, she immediately showed us how smart she was. Since she was about the same age as Steven, she started to take care of Steven immediately by letting him hold onto her ears to stand up. She was very careful not to let him fall down. Later, when we had a young man from our neighborhood come to babysit, he told us that Princess was very protective of Steven. When he went to help Steven who was on the floor crying, Princess tried to stop him from getting close to Steven. That was quite a dog! 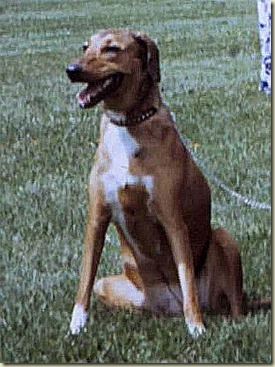 Posted by Just having FUN at 5:06 PM No comments:

Starting in 1972, we regularly camped out at nearby camp-grounds. East Tennessee has a lot of well-established out-door recreation areas. We did not waste much time! We bought a new Coleman 12x12 tent with screened door and windows and off we went! On one of our first excursions, we went to Roan Mountain State Park. There were very few people there. We enjoyed the bathrooms which had not only flush toilets, but also shower facilities with hot water. More importantly, the play ground had children’s slides and swings. Even our dog “Princess” was a happy camper! The pictures below certainly captured some of our pleasant moments. 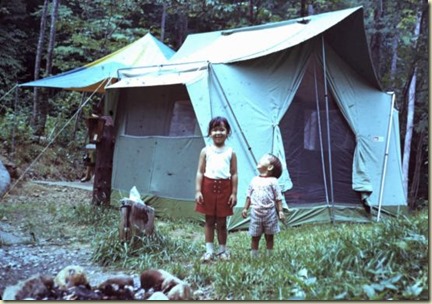 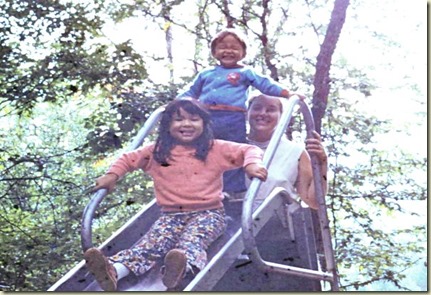 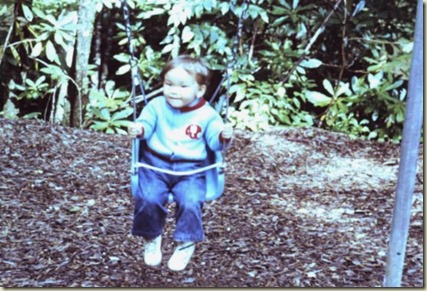 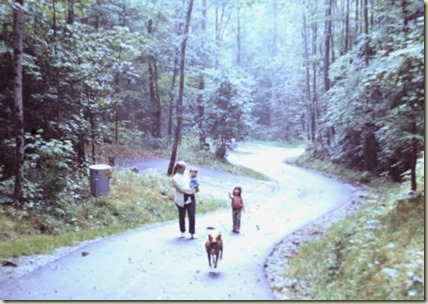 Posted by Just having FUN at 3:57 PM No comments:

Once every year, there has been an “International Fair” at most of the Universities in the USA. It was no exception at ETSU. Usually there is a dinner followed by a program. The dinner has a minimal charge, giving you a chance to taste foreign students cooking. Clearly it is good sometimes and also bad sometimes. However, it is generally authentic. The program also varies quite a bit from one year to another. When we were students at the University of Illinois, we participated every time. When I started to teach at ETSU, we joined the folk dance group to perform some dances in the program during the first few years. For one reason or the other, we gradually backed out of that part, and only went there to watch our students’ performance. 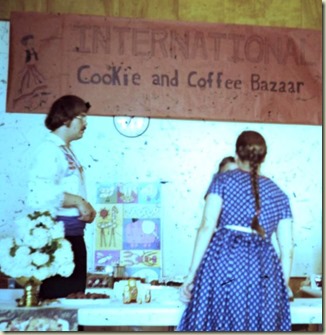 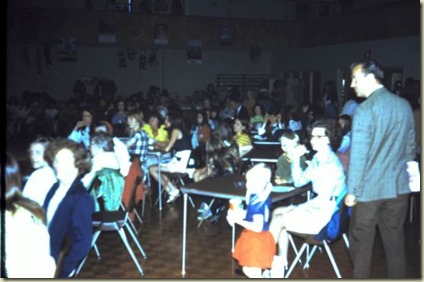 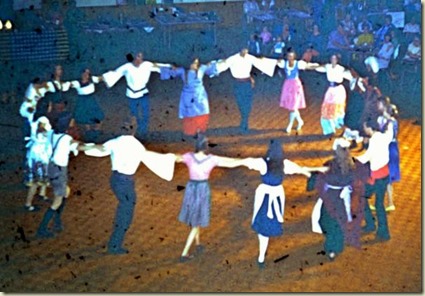 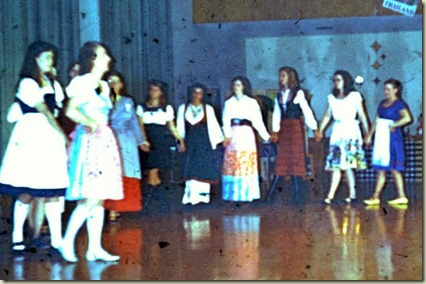 Posted by Just having FUN at 4:55 PM No comments:

International Folk Dancing was a part of our regular activities at ETSU on a weekly basis. Generally Janice was more regular than Tom. Bernard and Audrey Kaiman were the leaders of the group. Bernard was working at the Veteran’s Hospital locally and was teaching folk dancing at the University. They had been an integral part of this activity for many decades on campus. While it was not as big a group as at Illinois, it was a steady, faithful group. It certainly provided worthwhile get-togethers for many participants, including both Janice and myself. This was an important outside activity for Janice, besides the Monday night bridge group, when our kids were very young! 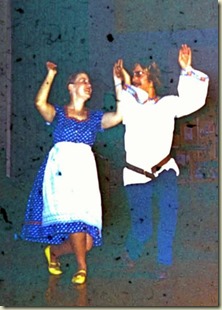 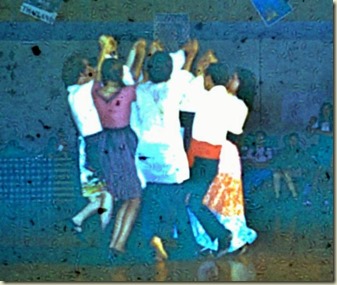 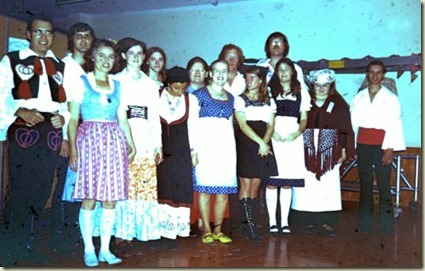 Posted by Just having FUN at 3:17 PM No comments:

Our good friends, Adriane and Larry Ludwick, were both teaching at Tuskegee Institute after they received their PhD’s in Chemistry at the University of Illinois. Adriane was teaching Organic and Larry Inorganic Chemistry. They adopted a two year old boy, Michael. When we went to meet their new son, we also visited the school and the town. It was our first time to visit an all-black University. The Ludwicks are both white and Michael is also white. We are sure that it was quite an experience for them to teach at an all black school! They are both dedicated teachers and Tuskegee was very fortunate to have them there. We certainly enjoyed our visit in Alabama for just a few days. We saw the Carver Museum, Booker Washington Statue, their church, etc…. 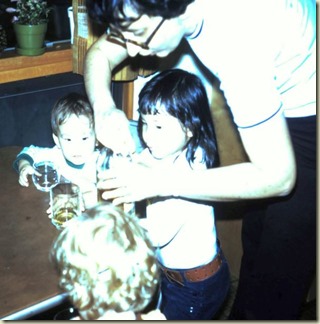 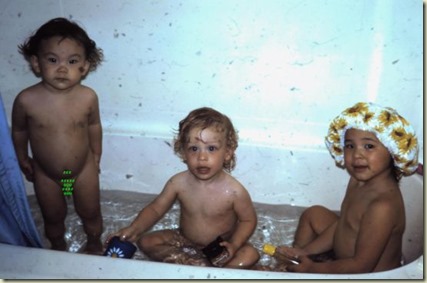 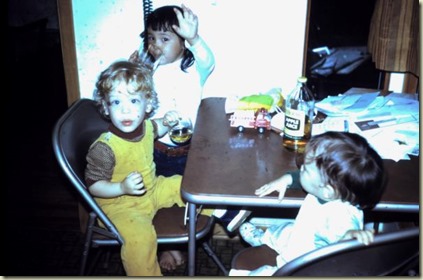 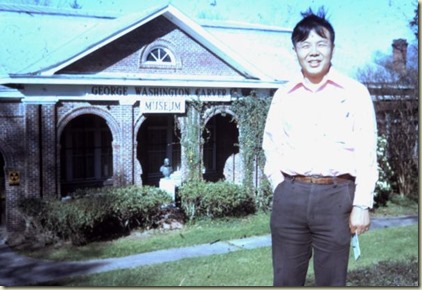 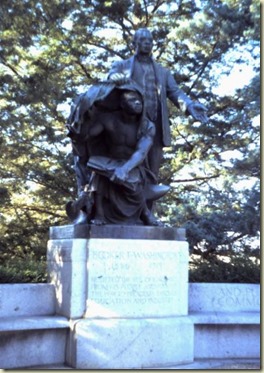 Posted by Just having FUN at 5:31 PM No comments: