Our Home on Maple Street

By this time, we had been in Johnson City for close to seven years. Steven was finishing up his first grade and Margaret her third year. You could say that we were settled in our routine. We had remodeled our home the way we wanted, with an enclosed front porch opening into our living room. We just did not have the habit of sitting on the porch outside and watching people walking or driving by. So we had decided to use the space in a different way. The rose bushes along the driveway were healthy and beautiful. I took a picture of our kids in front of the rose bushes to help us remember the beginning of our settled lives. 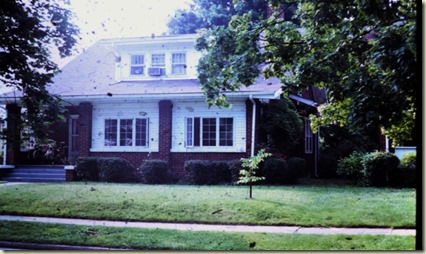 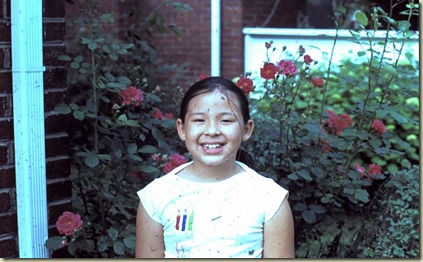 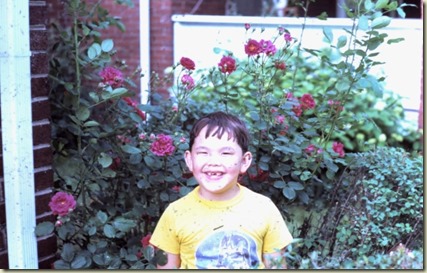 Posted by Just having FUN at 4:44 PM No comments:

Janice was usually kind enough to agree to host my Physical Chemistry Class for a party, after a year of hard work. They usually came to our backyard in the early afternoon to play some board games with our kids and also some croquet. These would be followed by a picnic meal. We usually invited some faculty to the party as well. In the pictures below, you can see Boris and Betty Franzus, the Wardeskas, and the Kopps. The student couple pictured includes David Reagon and Clare LaPella (who was not in my P-Chem class) before they were married, I believe.At the end of the party, I usually handed out bumper stickers from ACS which read “Honk if you passed P-Chem”. They were a big hit, every time! 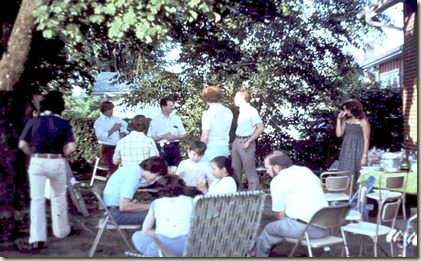 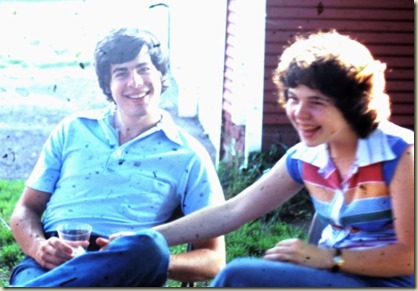 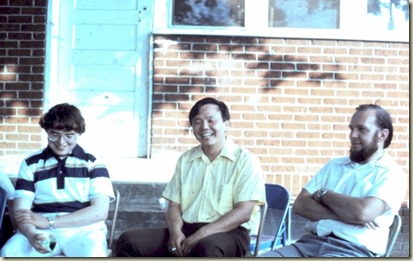 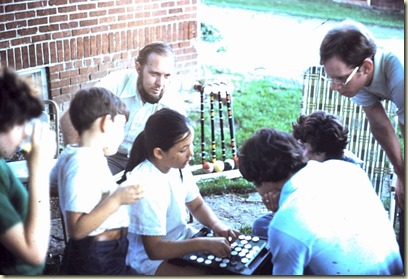 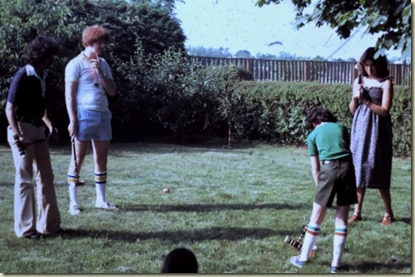 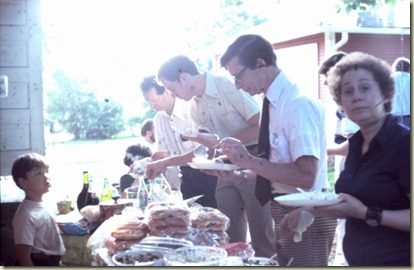 Posted by Just having FUN at 3:42 PM No comments:

One of the students in my p-chem (Physical Chemistry) class in 1978 was Sarah Barron. She had been in my general chemistry class earlier and later did her independent research with me. The subject of the research was to study the metal contents of human saliva to see if there were differences among races and whether these contributed to other trends, such as the build up of plaque or tooth decay. The metals studied were calcium, iron and copper. She was also Margaret’s first swimming teacher and often babysat for our children. Here in this picture she is holding a cake with a periodic table on it! 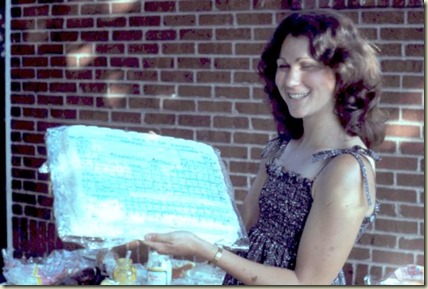 Posted by Just having FUN at 8:22 AM No comments:

In the spring of 1978, we made another trip to visit my sister Kai at the University of Kentucky, where she was in the final stage of finishing up her PhD degree in the Biochemistry Department. Her doctor degree made the fourth doctor degree in the Huang family. There was quite a bit pressure on her I am sure, as all her brothers had received their doctor degrees earlier. When we visited her place she was in the final stages of completing her degree and we had a very relaxing time. We were able to take some pictures of our former church, where Steven was baptized, and of her labs, where she did all her thesis work. She took a job, her first, in Chicago, and we went to her place to help her with packing. Janice was still at her teaching job and could not go with us. 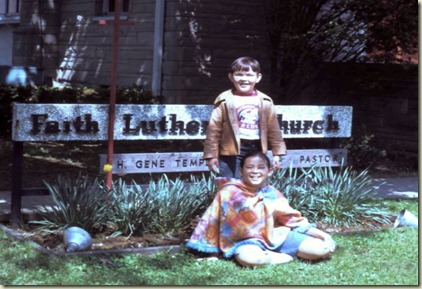 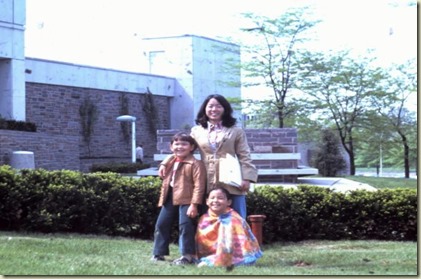 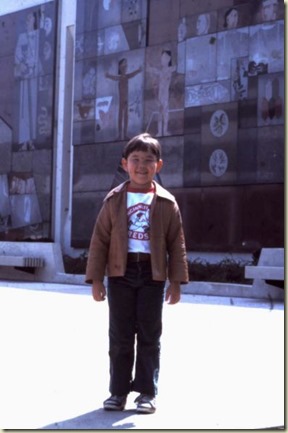 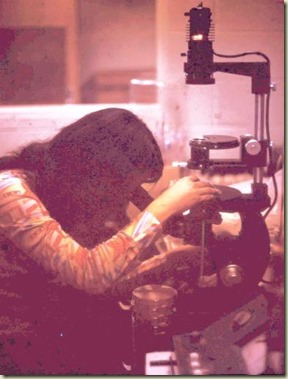 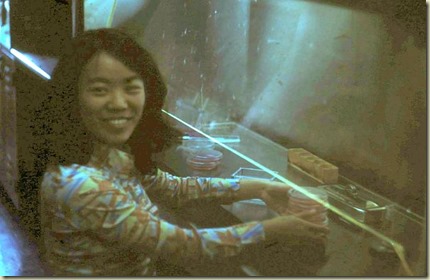 Posted by Just having FUN at 10:25 AM No comments:

During the spring of 1978, Margaret was shining in her third grade class. Mrs. Williams was her teacher and she was certainly right in the middle of her room.  Steven was also settled comfortably in the first grade. He was very active in Miss Gerace’s class. I do have some of their pictures here. The elementary school was next to the Science Building, but the times we visited them were very special, and taking pictures was rarely done. I am happy that I have some slides collected and can now show them to you here! Those rooms were very well decorated and cheerfully set up, it was a pleasure to visit them and to share the experiences of our children, now and then! 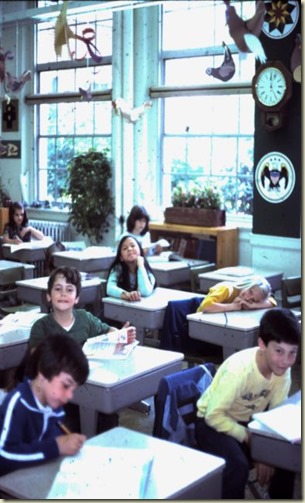 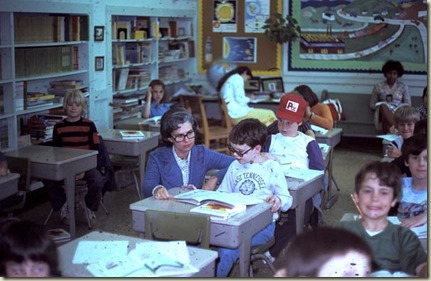 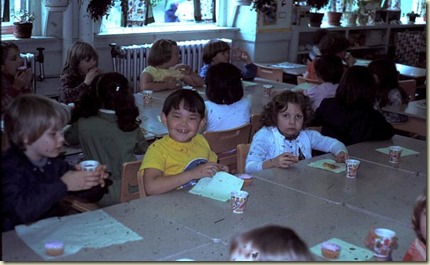 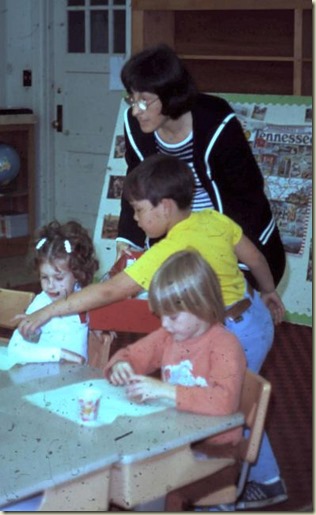 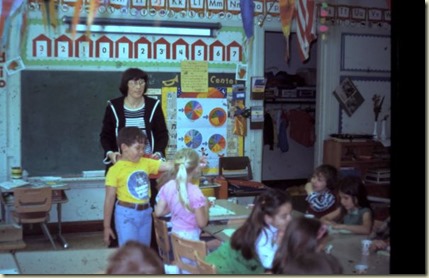 Posted by Just having FUN at 9:09 AM No comments:

We moved to Tennessee in 1971. I was promoted in the Chemistry Department to Associate Professor in 1976, even though I was not given Tenure at the time, as they said I needed to be on campus seven years before consideration. However, in 1978, there was a momentous event which took place in the Chemistry Department. It occurred behind the scenes and on the surface nothing seemed to be happening. In fact, spring in Johnson City, Tennessee, is a beautiful time of the year. You can see dogwoods and azaleas every place you go, including on the ETSU campus. (See the pictures below taken near the college administration building.) Yet, despite all the beauty around us, there was turmoil in the department. That was the year my mentor, Dr. D G Nicholson, decided to retire. In his mind, according to longtime tradition, he planned to select the person to replace him as Chair. Since he was a very traditional person, he wanted to select the oldest faculty member in the department, Dr. Robert Snell. However, Dr. Snell was not a well-liked person, by almost everyone in and out the department. The administration did not like Nicholson’s choice either. So the decision was made to choose from outside the department and we would have a temporary acting chair who turned out to be one of the youngest faculty members in the department, Dr. Richard Kopp. This story is not finished here. I will have to tell you more about this later, as it turned and twisted for quite a bit before we had any conclusion. 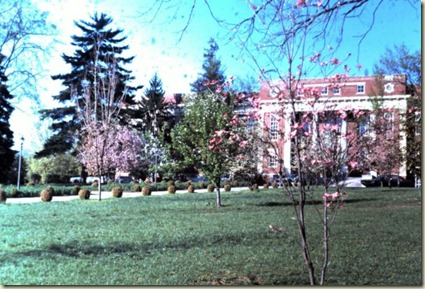 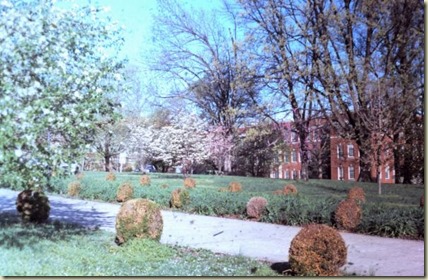 Posted by Just having FUN at 3:46 PM No comments: