In 1977, we made a big investment. After reading in a newspaper advertisement that a parcel of land was for sale, we contacted the owner and went to see the property. The owners, who were retiring and moving to Florida, agreed to extend us a loan for the sixty acres, more or less. At the time, we imagined building a log cabin there to use as a get-away. At one time there had been a farmhouse on the land, as you can see from the picture below. It was really a pretty place - with a steam flowing down from the mountains behind, which, over the years, had created a "hollow".

After a few years of monthly payments, I do not remember how many, we were the proud owners of the land.  It was not until the end of last year (2018) that we sold it - after more than forty years! Everyone in our family, including my father and Janice's parents, visited there on different occasions. Of course, our friends and office mates did, too. They all enjoyed walking up the trail toward the mountains.

Early on, I cut down a pine tree and Janice debarked it. It took us an entire day and we were both exhausted! After that,  the idea of building a log cabin using the trees on the land was totally dismissed! We took quite a lot of pictures at this place, but to find them is almost possible. The only one I could find is this picture of the chimney, which had been part of the original farm house! That was the only evidence we had that someone had once lived on this land! 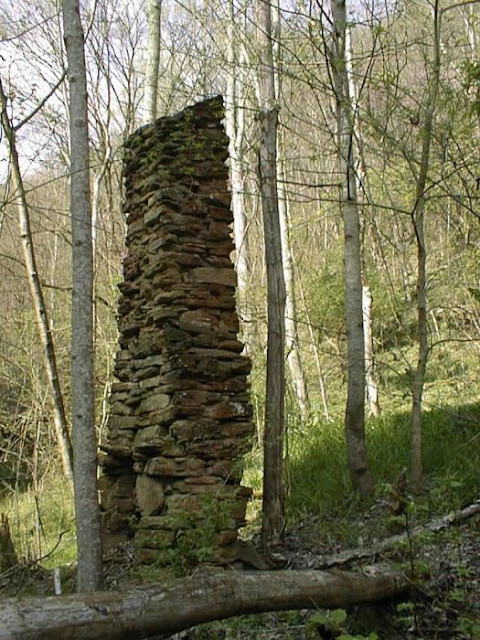 Posted by Just having FUN at 1:09 PM No comments: