I arrived at Johnson City, TN, about 6 am in late September, 1962. Since it was too early to call the Sells' family to pick me up, I stepped into the coffee shop to wait for awhile. There was only one waitress working behind the counter, which was at the top of a few steps, with a handrail in the middle to separate the two sections of the counter. I went up the closest side of the counter, on the right, to order a cup of coffee. The waiter did not respond to my request. I thought that she might not understand my English, so I repeated my request. She tried to give me some hints by her eyes and by waving her head. I finally figured out that she wanted me to move to the other side of the hand rail, which I did, and then I got served. Not one word was spoken!

Posted by Just having FUN at 10:51 AM No comments:

Meals on the Bus Ride

Miss Sells had told me that I would see a lot of America if and when I rode the bus across the country. I did see some parts of America, and not just the landscape along the highway. I passed through many cities and towns and several places that were just crossroads. Los Angeles had a huge station with a lot of buses. El Paso, Texas, impressed me immensely because of the heat I felt when I tried to get off the bus. But what made me remember the bus ride was not the smallness of the toilets or the varieties of different peoples. Most memorable were the meals along the way. During that time, most large stations had full scale cafeterias. Not only passengers ate there; it was a gathering place for townspeople as well. The biggest shock to me was how expensive the meal could cost when you follow the Chinese way of choosing a few dishes for your meal! I quickly learned to choose just one dish per meal!

Posted by Just having FUN at 3:25 PM No comments:

The flight to the USA was long and uneventful, but I was still in a daze. The whole trip was like a dream. I seem to remember that the plane stopped twice, once in Tokyo, and again at Guam, before it landed in San Francisco. I have no idea how Paul and Rosemary (friends from Taiwan) found me. They took me to their flat to rest. Later, they showed me around SF and then, late at night, they drove me to the Trailways Bus Terminal. I was finally all on my own for a five night and 4 day journey to Johnson City, TN, which I knew only as a place on a map.

Posted by Just having FUN at 10:29 AM No comments:

My Turn to go to the Airport

In September, 1962, right after my official release from the reserve military service, I was trying to get ready for going abroad. Suddenly I had to make a decision about where to go. Ms Sells’ arguments won the decision - I would go to ETSU first, as the University of Illinois had agreed to give me a two-year postponement. I was feeling that time was running out on me! I made the decision and bought the air ticket and, after a few good-bye dinners, It was my turn to go to the airport.Everyone was there at the airport to say good-bye! That was a once in a life-time event, at least it felt that way! 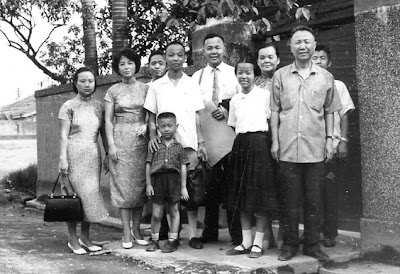 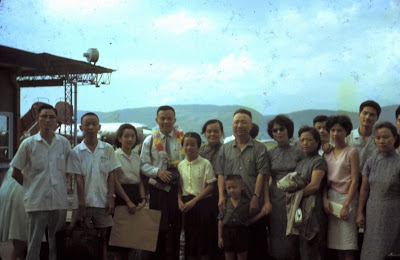 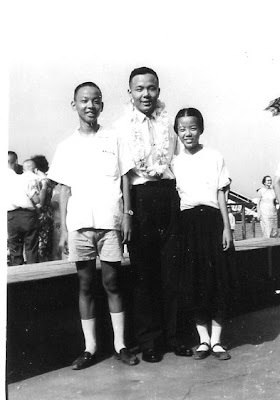 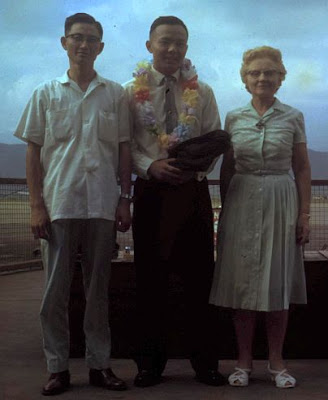 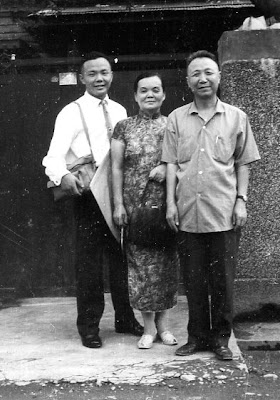 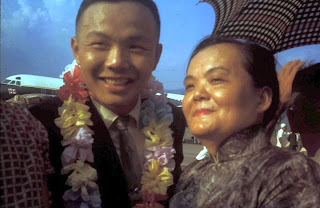 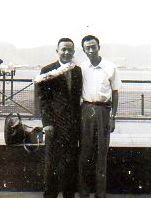 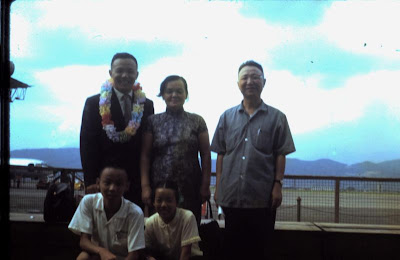 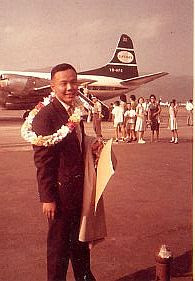 Posted by Just having FUN at 12:44 PM No comments:


One typical thing people did before they went abroad was to have a few pictures taken at the places they wanted to remember. Clearly, we all realized that this trip would take you a long way from home. Furthermore, it would be a long time before you could come back home. The following pictures were taken for me. One was in front of the Taida main gate and another Presidential Hall. I am not sure what I was thinking, for I had no good reason to remember the later place. It was the first and the last time I had my picture taken there. 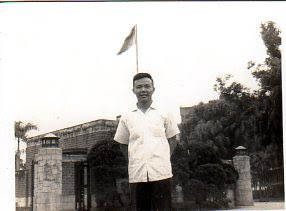 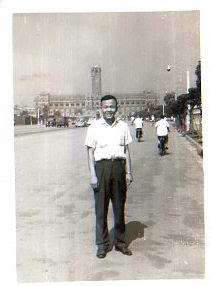 Posted by Just having FUN at 6:50 AM No comments:


Reserve officers only served one year after graduation from college, during the 50's and 60's. The time went really quite fast, especially when your main job was playing basketball! So before the summer of 1962 was over, I had already received my certificate for retirement from the military. I still have it today. It is quite "official", therefore I am sharing it with you here. The first picture is the front side and the second picture shows you the details of the backside. 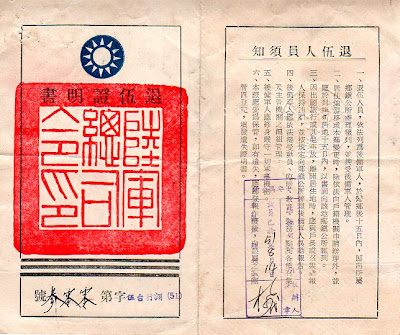 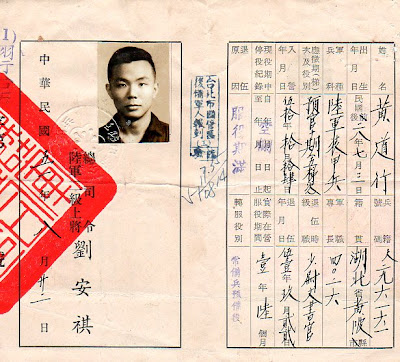 Posted by Just having FUN at 8:51 AM No comments:


While I was preparing to go abroad for study, I visited the airport quite a number of times to see other people off. Since girls did not have to stay for reserve officer's service, they could go to abroad one year earlier than their male counterparts in the same class. Whenever we could, we tried to go to the airport to see them off. Certainly some students who had graduated earlier could also go abroad when or if they could manage the trip financially. This time was quite hectic for all of us and we felt the pressure to succeed in our efforts to enroll in an overseas school! The picture below was taken when Chun-Hua Mai went abroad. She was one year ahead of me in school. I worked in her lab to extract some natural flavors during my sophomore year and got to know her lab mates and her family. 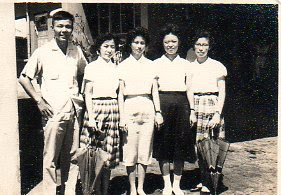 Posted by Just having FUN at 5:41 PM No comments:

Everyone applied to quite a number of graduate schools, as we had no idea which ones would provide financial support and that was the only way we could go abroad to study. We heard a lot of stories about how much people had to suffer when they had to work for their tuition and fees.

At the suggestion of Miss Sells (my English teacher), I applied to East Tennessee State University (ETSU) in addition to several other schools. We really had no idea about how strong or weak a chemistry department would be. If they were in the USA, they could not possibly have that much difference! Certainly ETSU also gave me an assistantship. Miss Sells talked with me many times, telling me about the advantages of going to ETSU. Her family was living in the same town: Johnson City, TN. I could adjust to the American life better by staying first in a small town. Her church was also located in Johnson City, with a lot of her friends. Even though the scholarship was less than others, Johnson City was a cheaper town to live in. Of course, I did not want to give up my University of Illinois offer. Miss Sells told me that there was no problem in postponing the offer from UI and going there after getting a masters degree from ETSU. To my surprise, UI agreed to this arrangement, allowing me go to ETSU first. What a twist in my life! I realized that everything could be negotiated!

Xiao-gie (my cousin) also gave me some wonderful news. She would be able to manage the expense for the air-flight to the USA! Everything seemed to be going my way!

Posted by Just having FUN at 6:45 PM No comments: