At the begining of the Fall semester in 1979, I was officially appointed as the Chair of the Chemistry Department. It was anounced at the Opening Faculty Meeting on the first day. The process involved, first, selection by the Search Committee, which included both Chemistry and some other Department faculty members and, next, approval by the College Dean and the VP for Academic Affairs and, then, finally, approval by the University President, who was Dr. D. P Culp at the time. Of course, I took the appointment very seriously. In order to do my job properly, I wrote a Chemistry Department Faculty Handbook within a week's time, so that I could spell out my philosophy and my operational criteria. It made clear to everyone in the Department how I would make my decisions on the priorities in spending of the Departmental funds, in teaching, research and travel. I took some slides that fall after I moved from my office in the basement of the Science Building to the top floor in the corner room, which is in the middle of the first picture below. One thing I did not expect was that I would stay in this new office for the next twenty two years! By the time I left it, I had become the longest continuously serving Chair in the University! Other pictures below were taken near the Science Building: the front doors, the Ginkgo tree in the court yard, a shot taken from the court yard toward the University School, and, finally, a shot of the front of the Administration Building! You can certainly get a taste of the Fall colors at ETSU! 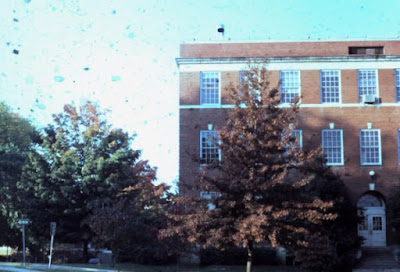 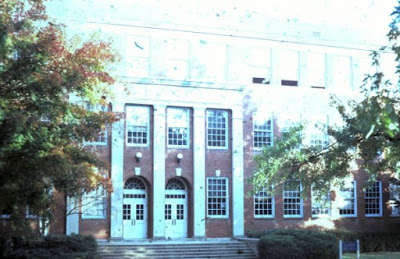 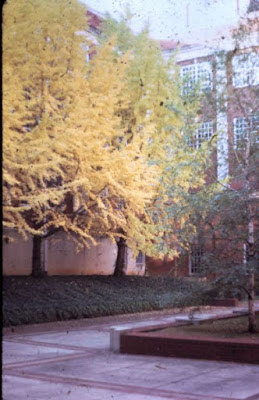 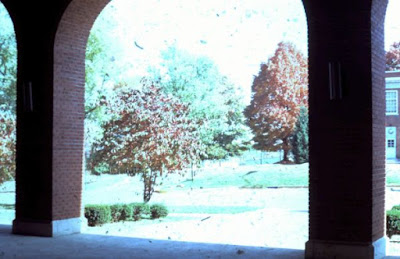 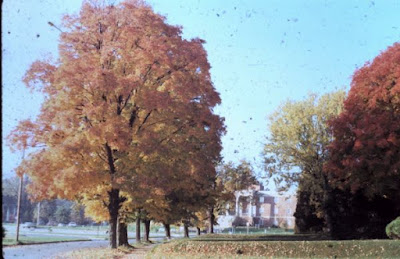 Posted by Just having FUN at 5:21 PM No comments:

Anne was our children's first piano teacher. She started both Margaret and Steven in learning how to play. It was easy for Margaret, she enjoyed the practice without much effort. Steven had to put more work into his practice and did not find it easy!  You could see that each individual was different in their approach to learning their finger  motion skills. Each was remarkably unique! Anne later recommended me to the Johnson City Arts Council, which helped me to become involved with the City Arts community. Anne was from one of Johnson City's prominent families, the Brading Family. She did get her name changed back to Anne Brading in later days! I took this picture of our children with our dog, Princess, at Anne's home, which was just one block away from our house at the time. 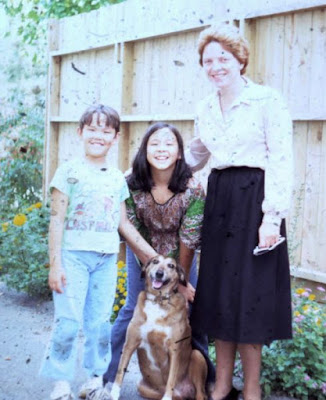 Posted by Just having FUN at 4:17 PM No comments:

There were more bumper stickers which I found in my old brief case. Specifically, five of them! I can not believe that I kept them in my suitcase! I thought that I had thrown them away a long time ago. These were all made by ACS and they were on sale at the ACS meetings, especially the Student's Affiliate Meetings. They are posted below. Can you read them all? The second one means: It takes all kinds to make a world. The fourth one reads: Quantum Chemistry Leaps Boredom. The final one wants you to keep an eye on Chemistry! I will leave it up to you to figure out the third one! Good luck! 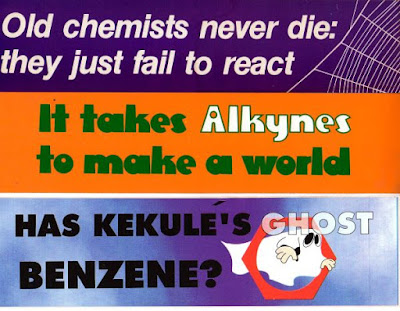 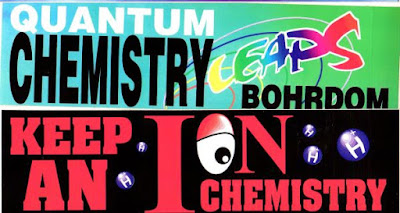 Posted by Just having FUN at 4:17 PM No comments:

While the Njeumas were in town (all the way from Cameroon in West Africa), we had to visit our jewel in East Tennessee: the Smoky Mountain National Park. We went there for a few days and enjoyed the beautiful scenery, the mountains, and the flowing waters, where we had our picnics. We went to see the musical show "Unto these Hills", a moving historical story for the area about the Trail of Tears, and the Indian Museum too. The kids also enjoyed the swiming pool at our hotel in Gatlinburg, NC. It was indeed a great vacation together. The pictures selected below certainly capture some of our activities. I took quite a number of slides, but many were over- or under- exposed. That was due to the fact that I had not learned all the ins and outs of taking pictures, or just plain made some mistakes. Nowadays, with automatic exposure, my pictures are much better! 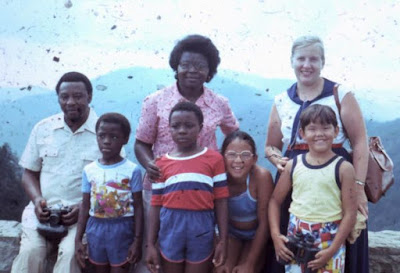 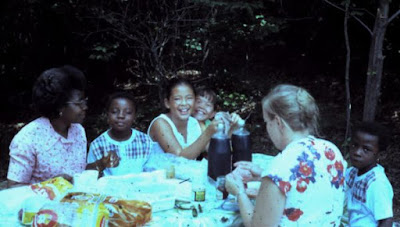 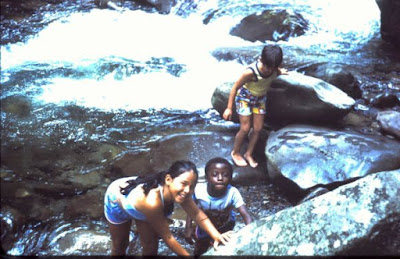 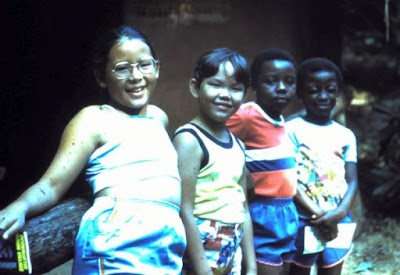 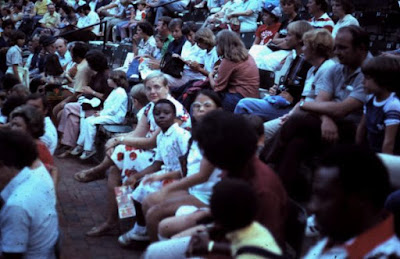 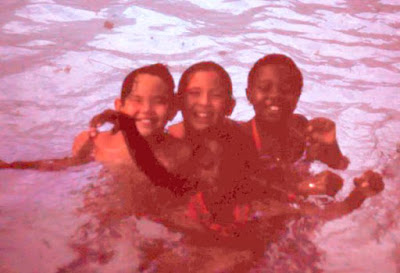 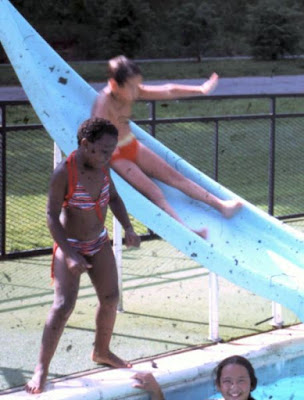 Posted by Just having FUN at 5:13 PM No comments:

Dorothy was Janice's schoolmate at Brown University. She was from Cameroon. As you may remember, she was one of the bridesmaids in our wedding. Before our Fall semester started, she and her husband, Zachary, brought their two daughters, Dorothy and Christine, to visit us - all the way from Cameroon! They stayed at our place for several days. We even had a party for them at our home. Of course, we selected friends of ours with children at about the same ages. They were Prudy and Otto Zinser with their children, Kurt and Kristin. Fall is really a lovely time of the year! The weather was perfect and we had a wonderful time together. The pictures below were taken at our home in Johnson City. 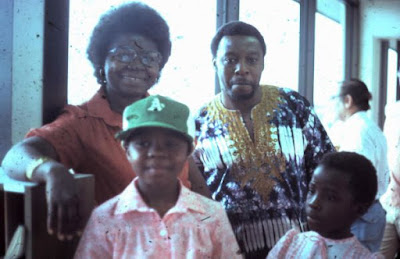 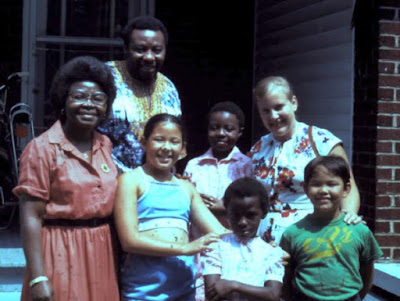 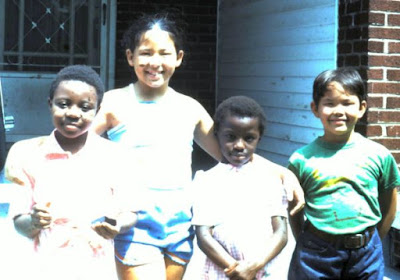 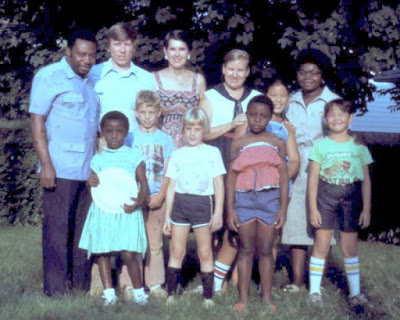 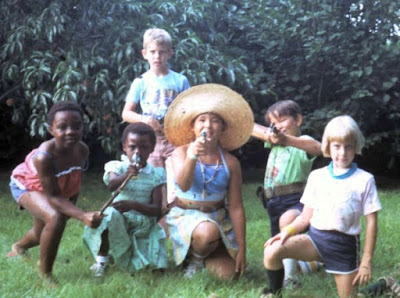 Posted by Just having FUN at 3:10 PM No comments:

Jean and Sherman had a beach house in this town in 1979. Our two families drove in separate cars to  spend a couple of days there. We had a picnic on the way down. Afterwards we settled down in the house and then went to the beach to let the children play together. During our visit, we walked on the boardwalk and took everyone on the rides offered there. There were many types of rides with a variety of speeds and styles. The Tangs have two boys with ages very comparable to those of our children. They played very well together. The pictures below certainly tell, more or less, the whole story! 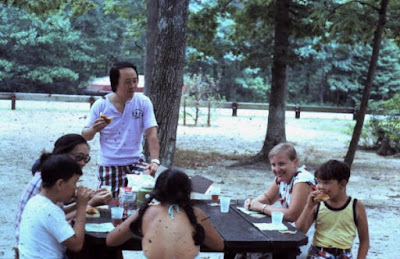 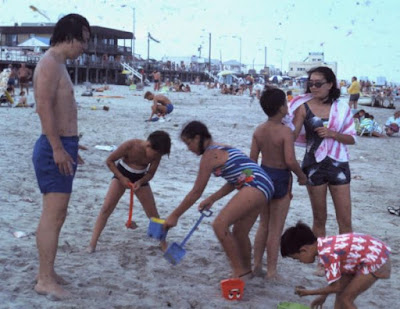 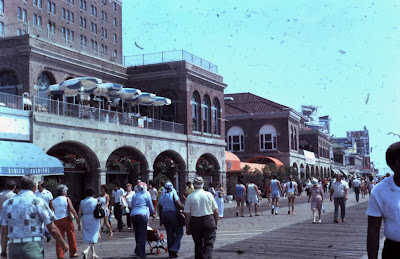 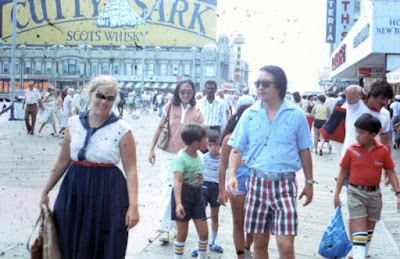 Posted by Just having FUN at 4:21 PM No comments:

The Tangs in Queens, NY

As usual, we drove to the Cape through NY city, and this time we stayed with the Tangs again on the way back from the Cape. They were doing very well in the area. Sherman was already in a leadership position in the NY City Library system and Jean was a pharmacist at the NY City Hospital. By the summer of 1979, they had moved to their new place in Queens. Our children were very familiar with each other and Sherman's parents were in a very healthy condition. It was, as always, fun to visit them, and the back yard picnics were appreciated by everyone, young and old! 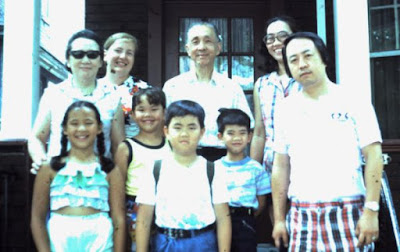 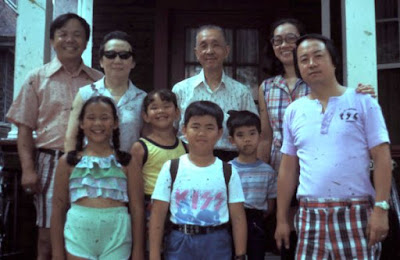 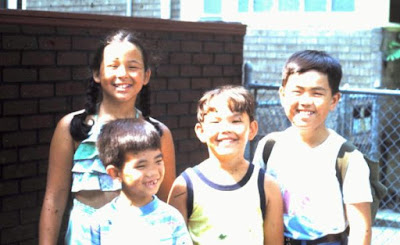 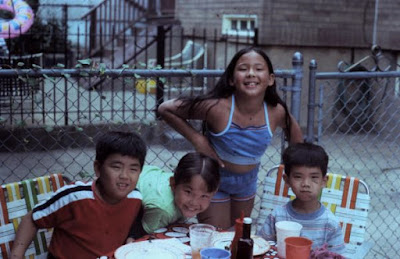 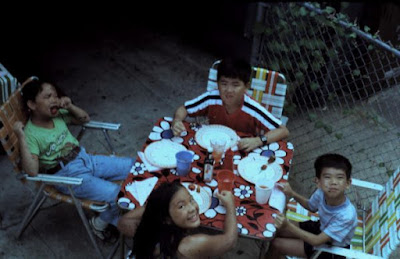 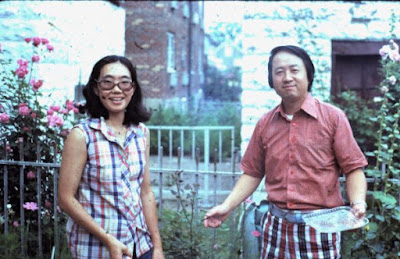 Posted by Just having FUN at 4:16 PM No comments: