The politics in a University are not much different from any other place in the world. They have their own life although their nature might be very different in different places. They develop in their own way and you have to experience them to appreciate it. At a university, the Tenure and Promotion Committees and Search Committees are generally pivotal in determining the lives of so many scholars. Certainly they are very important to the future of any prominent university. In theory, if you are an outstanding teacher and researcher you should have no problem to get tenure and be promoted. The politics come when you have to establish some criterion to decide what is “outstanding”. It is easy to count the number of publications and papers presented and to determine the number of good student ratings. But you know that is never the full story. Regardless of how long a university has been in existence, the committees will change every year, in every college and, sometimes, in every department. I left the University of Kentucky before I experienced these things. At ETSU, I was very fortunate to be liked by the old Chairman of the Department, D.G. Nicholson. At that time, he decided everything. That was the system. In 1976, I was both tenured and promoted to the associate professorship without much fanfare. In 1977, Nicholson was retiring and Dick Kopp was appointed to be the acting chairman. Apparently the system was changing right before our eyes, we just did not realize the tide until much later. Since Nicholson had been interested in appointing another faculty member to be the chair, but the University president had vetoed his choice, we were told to search for someone from outside the university. I was on the search committee. This committee was supposed to find the best person for the department in a six month period, but things changed. I will talk about this change later. Spring at etsu was a beautiful time of the year, in regardless of all the politics behind these red brick buildings. 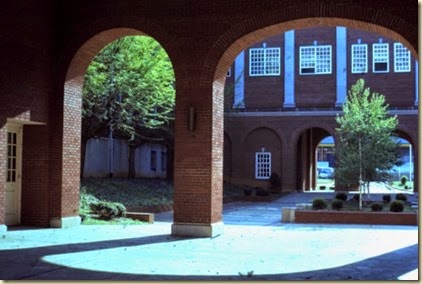 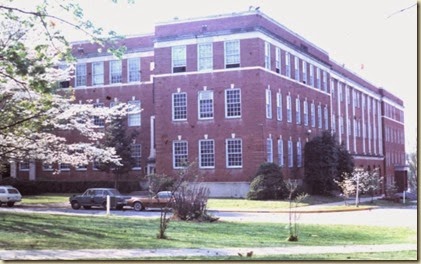 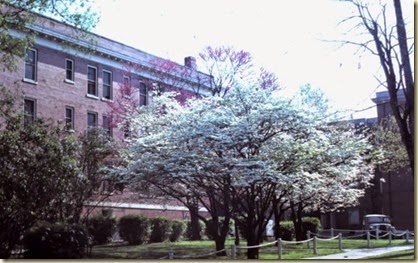 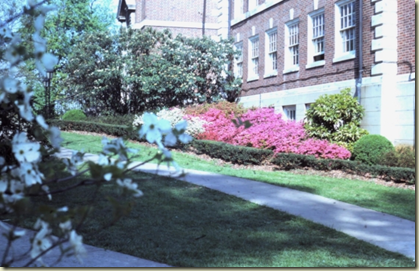