In September 1964, I said “good bye” to friends in the East Tennessee area, turned down the full time job offered to me by Great Lakes Research, and drove alone to Urbana, Illinois. I met my brother Dean there and we rented two rooms together in a student rooming house near the U of I campus (904 Illinois Street). Here we were! It was a new start for me and a totally new experience for Dean. We were two of more than one hundred new graduate students in the Chemistry Department that year! It was the largest one year enrollment in the department history. We took the placement exams together which determined which courses we had to take in the first two years of our program.
The picture below was taken in front of Noyes Laboratory, where we spent most of our time in the next five years! The other places on campus we visited often were the Math Department (Altgeld Hall), and the Student Center (the llini Union). 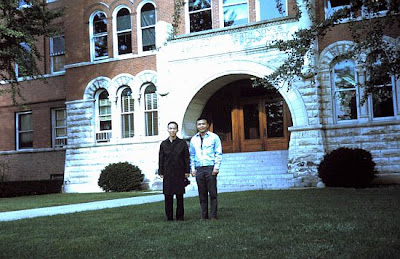 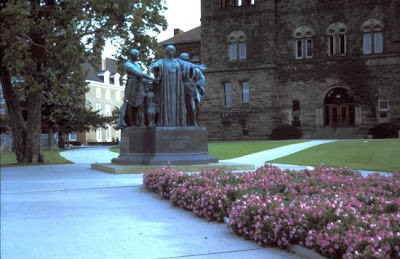 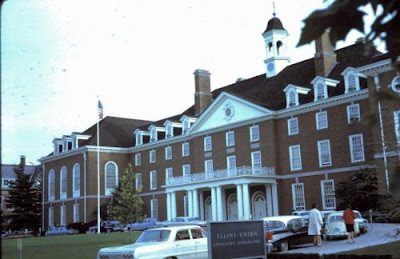