Even though Janice and I met in late September of 1964, and we danced together every Tuesday night with the folk dance group, we did not have an official date until late October. When the folk dance group had a picnic outing in the nearby Kickapoo State Park, we decided to go together, separately from others in the group. It was a clear, beautiful day. There I was, driving my 56 Chevy and singing some of my favorite tunes to Janice, obviously trying to impress this girl sitting beside me.  Crash! I ran into the car in front of mine. The sound of tail lights of the car in front of me breaking did not seem to diminish our excitement. That was my first car accident! It was our first date. We certainly had a good time. It did not bother Janice and it surprised me later that I, too, was not bothered by the accident. The following pictures were taken at that park: 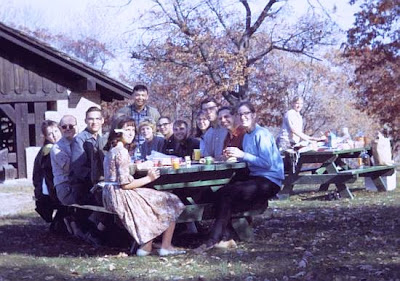 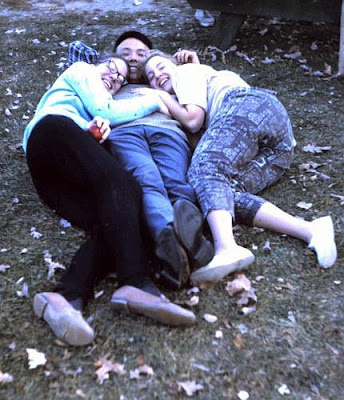