Several old pictures came to my attention just now. So I am going back a few years in time here. When Taotze and I were in Junior High school, we started to go to the Lutheran Student Center to play ping-pong. Initially Miss Jones came out to tell us that those tables were for college students only. I told her that we would be college students later. She then left us alone to play. Later, I went to hear the choir sing and was immediately hooked. In order to join the choir, I convinced Taotze to join the church together with me. We took the lessons together and were baptized in 1956. 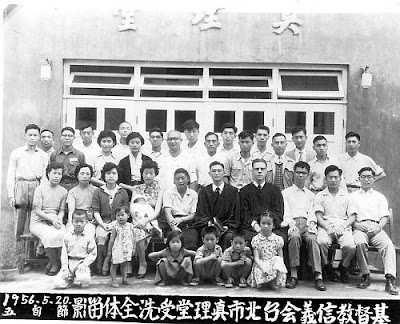 Mr. Kao was the conductor of the choir at that time. He was an outstanding director. All I know about church music, I learned from him. The picture below shows the choir he directed. It was quite small but we sang the complete Christmas portion of Handel’s Messiah. Almost everyone had a solo! How many choirs in the US could handle that? My first solo was “Thou shalt break them”. The familiar “Comfort Ye” was given to another tenor.  Two older choir members, Ma(base) and Chen(soprano), married in the church. Of course, we sang in their wedding! We also did some cantatas during Christmas time, even with costumes! (I was a king!) 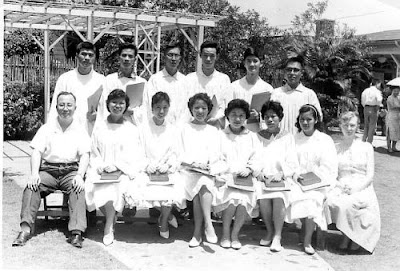 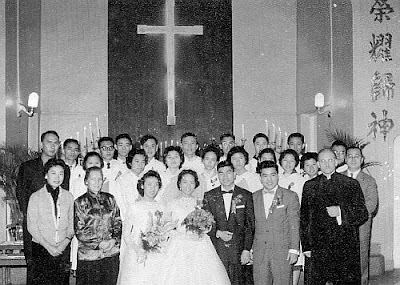 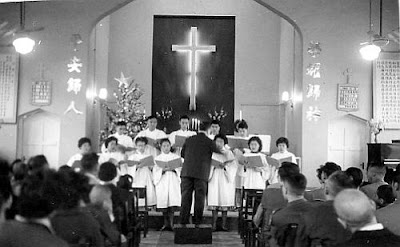 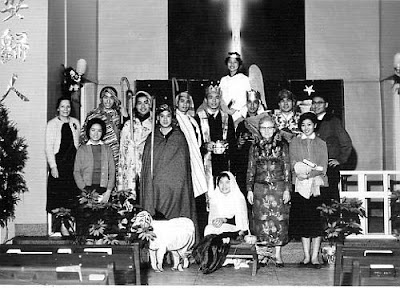 I used to sing duets with two altos in the choir. One was Virginia Lau, whose picture was posted earlier, and another one was Rita Ho. Here is a picture taken when Rita and I sang at an engagement ceremony. She also served as Miss Jones secretary. 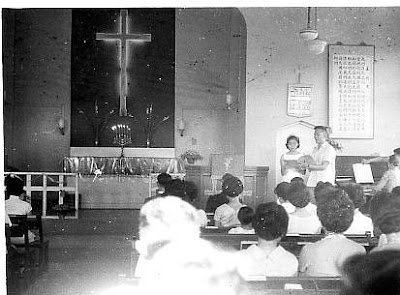 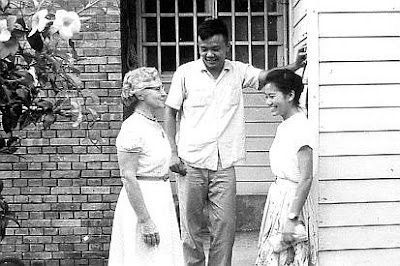