Krannert Center for the Performing Arts

Music was part of my life from when I was very young. Maybe I inherited from my mom, as she was a singer all her life. Since there were very few opportunities to use any instruments to express my feelings,  singing was the only outlet. After I finished the doctorate degree in the summer of 1968, I auditioned to join the Oratory Society at the University of Illinois. It was sponsored by the Music Department, which was a great group of professionals. Even the student concerts, which were given during lunch hours and which I attended when I could, were very impressive. I was admitted to the Society, which was a coed group of about one hundred voices. We practiced regularly about a couple of times a week.  It was certainly “heaven” for me!
In 1969, the Krannert Center for the Performing Arts was completed. It is an enormous complex of one square block. 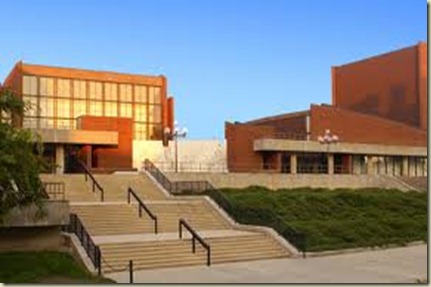 The Oratory Society was asked to sing the first concert in the Great Hall. It is an acoustically perfect auditorium of about 2000 seats. We were very impressed by the claim that “everyone in the seats could hear a pin drop on the stage”. It was a beautiful place, but I forget what we sang!