When you are young, you do a lot of silly things, but they are fun too! We were certainly young when we studied at the University of Illinois. The Illini Folk Dance Society gave us plenty of joy and lots of exercise! Besides weekly meetings and going beer drinking after the dances, we had plenty of other gatherings too, such as special workshops, picnics at the Lake of the Woods, etc. Certainly we had other regular meetings too, such as Chinese club meetings. At the time, there were three Chinese groups on campus. a Mainland group, a Hong Kong group and a Taiwan group. So which one was the Chinese group? It all depended on which group you belonged to. Taiwan group was the largest, and I was there, and I was the president of the group at one time!

Once in a while, we had special parties. When you are young, you try to have get-togethers with or without any reason. We had a costume party more than once. The picture below shows how silly we looked at one of them: 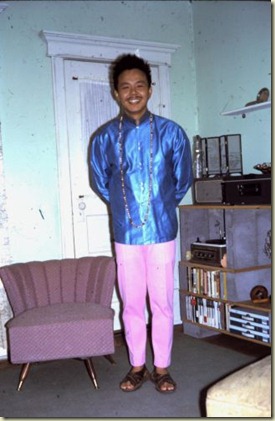 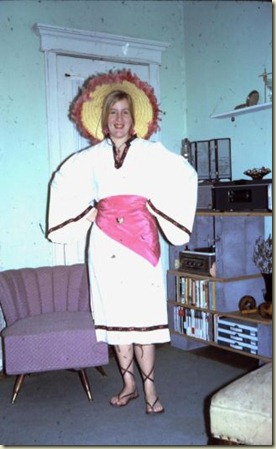