She was from a VERY poor county called Huangpei in Hubei province in the middle of China. This county is now part of Wuhan which is on the banks of the Yangtze River, not too far downstream from the largest Dam in the world. She had three brothers and one older sister, who was uneducated, had bound feet, and lived in the family house all her life. When my mother was two, her father started to work on her feet, to bind her feet like every girl in the country during that time. She was crying murder every time he tried, and he kept postponing his effort until my mother turned three years old. The world then had changed quite a bit; big feet were acceptable and, further, my mother was getting a bit too old to get bound feet anyway. Her father left her alone then.
My mother represented that new, educated, female generation in China. The government provided for them to go to school, and gave them free room and board plus a stipend. She was happy and proud. In 1930, she was a team member and represented the province in a national basketball tournament. 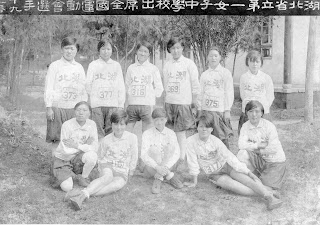 My Mother is second from the right on the bottom row.
After her graduation from Normal School, she taught in Wuhan and brought out two or her siblings’ daughters from the countryside to get their education. I will talk about their stories later. This period may be the best in my mom’s life, the pictures below could give you some glimpses: 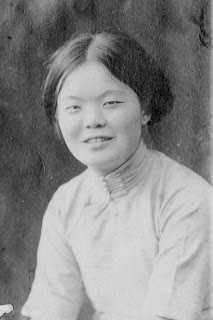 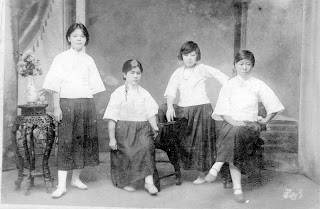 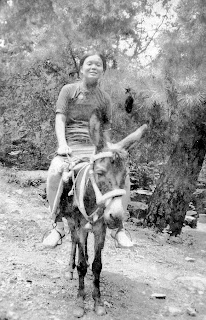