The Meyersons were living in Fresno, CA, in 1978. It was our first time to visit the town and we remember that it was very hot! It was after we had visited many hot places in Arizona and California, so we enjoyed the cool swimming pool very much! They had a backyard pool which was just the right place for our kids. We took quite a number of pictures there. Bernie and Marion were our friends at the University of Illinois, as they were members of the Illini Folk Dance Society, to which we belonged to as well. And Bernie was also the director of Foreign Student Services, which was, at that time, an important office for foreign students on campus. The University of Illinois had many foreign students already at that time. In California, Marion was studying for an advanced degree – her turn to become the primary bread-winner. We always admired their family plan to share responsibilities. The Meyersons had two daughters, older than our children, whom we had known in Illinois. We remember that their parents, when invited to a foreign student’s home for dinner, had urged their girls to find something they liked and to compliment the host on it. They reported that there were a lot of “this rice is really good” and “I really like this coke” responses! 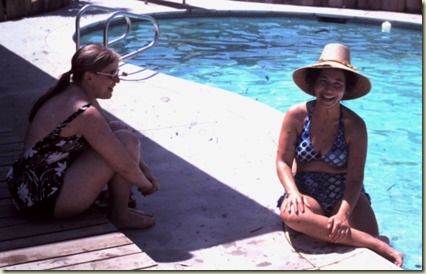 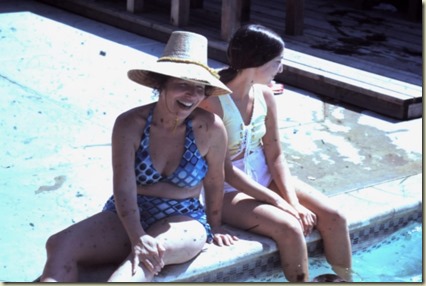 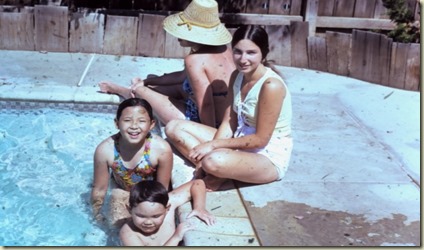 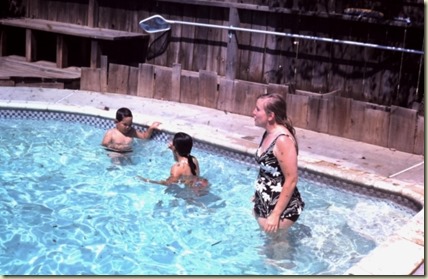