Boys from across the Street

There were four boys who lived across the street from our home on Maple Street. They were the Newbys.  Several of them were close to our children’s ages. David was the oldest, then came Dan, Mike, and Peter. Over the years, we participated in various activities with them. I might mention these later. I just wanted to say here that they often came to play with our children - not only in our yard, but also in a nearby field. They ran and exhausted themselves whenever they had a chance. It was a good thing to spend time together for they certainly needed to have some exercise to get rid of their youthful energy! Since Steven was the youngest one in the picture below, he was always trying to catch up with the older ones! 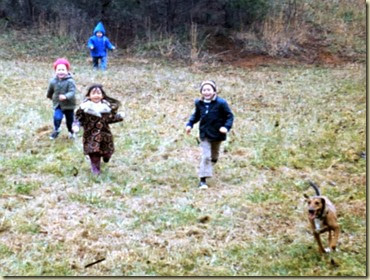 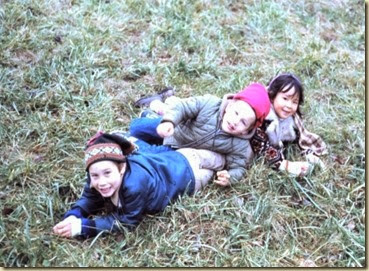