During my visit in Beijing, I did have a cousin whose family lived there. My father had two siblings, one older brother (Fu-Ming, 福民)  and a younger sister (unfortunately I have forgotten her name). Huang Fu-Ming had nine children. One died early in life. However, his third son, (道煊), was then living in Beijing. His wife was from Beijing and they had a son and a daughter living in the eastern part of town. I got in touch with them and visited them a couple of times. The University gave me a private car with a driver and he took me wherever I wanted to go. The driver also waited for me the whole time! I had a dumpling dinner with my cousin's family a couple of times, too. I had met him earlier, in Nanking, before I was ten, as he was attending a University there. When I saw him this time, I could still recognize his face. We took quite a number of pictures together! His daughter had one child. She and her husband did not live with her parents at the time. He was very thin when I was with him, as he apparently had beensent to the country and had a rough time there for ten years. He would never tell me where he was during that period! 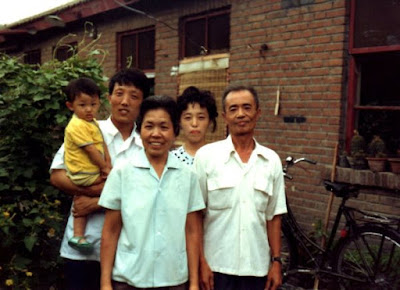 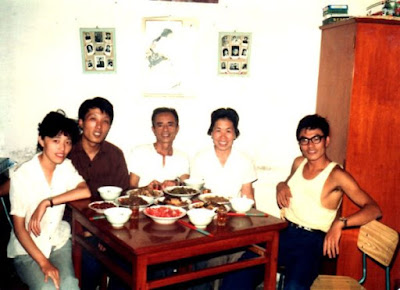 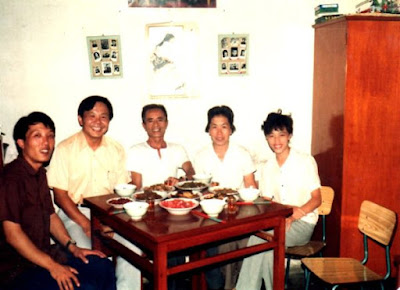 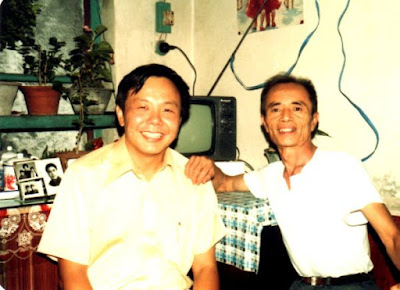