In 1980, there were very few visitors to China from the western world. China had been closed to outsiders for many years, while, at the same time, prohibiting their own people from traveling abroad. Everything I saw was strange and very unusual, such as a horse- or mule-drawn wagon on the streets of Beijing. While we knew that everyone rode a bicycle for daily transportation, we did not expect that the people who transported goods in the city still made use of animals to carry them. Another interesting point was that, in order to buy anything, you not only needed money, you also needed  permission in the form of a paper to prove that you were allowed to buy oil, rice, cloths, etc. Everything was distributed by the authorities. Of course, where you traveled or stayed was also controlled by someone in the government. Since I was in China at the invitation of the University, my transportation and travel were arranged by them. As my visit was an official UN-approved one, it was reported in the China Daily News, the official newspaper of the country. I stayed at the Friendship Hotel, which provided me with a private car for daily use, together with a permission paper (a copy of which is included below). My travel, after the short course, to places which I had requested, including Wuhan and Quilin, was also arranged by the University. One ticket is shown below. 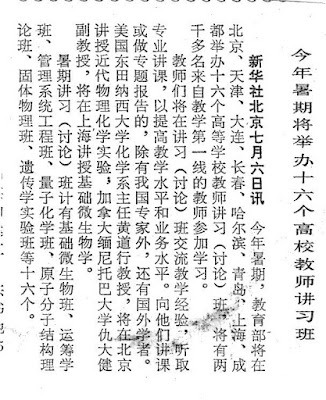 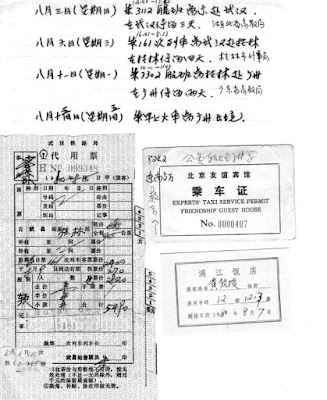