As I told you before, my parents were from Huang Pi, a town in Hubei, and Wuhan is the largest city in Hubei. They both went to Wuhan for their education. Wuhan is really three cities combined. It includes Han-Ko, Wuchang, and HanYang along the Yangtze River. When the Sino-Japanese war was over, I was there for a brief stay as a child. The year 1980 was really the first time that I was in this city as an adult. I went for the reason that, as the Chinese say, "it is where my roots are"! Yes, I do have relatives from both my parents' sides in Wuhan. I had only met two of them earlier, when I passed there at 5 years old. In 1980, my mother's brother was there with his daughter's family. They wrote their names down, along with those of their entire family, plus some other family members who lived in Huang Pi. That list is posted below: 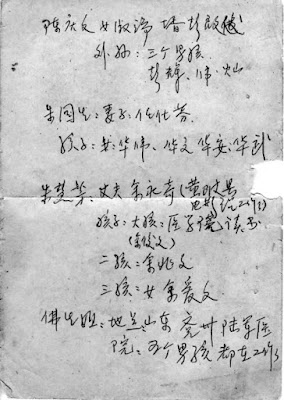 Besides visiting Wuhan University, I did get a chance to take some pictures with family members: 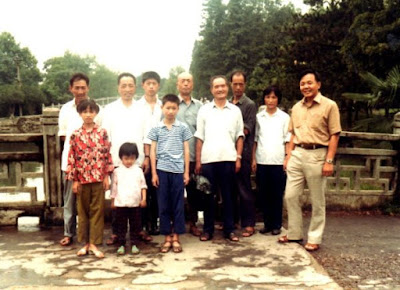 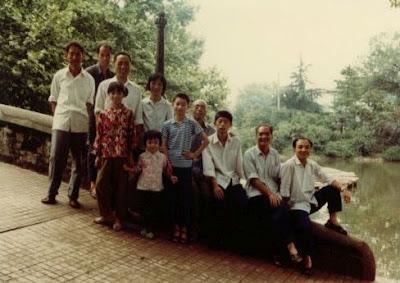