The iron curtain was referenced in the western world during the period of the Cold War, from 1945 to 1991. However, China had the so-called "bamboo curtain" during the period between 1949 to about 1978, at which time Nixon went to China and opened China in a dramatic way. My trip to China was actually as a result of this "opening". With the help of the United Nations, some funds were shifted to China to help with those opening steps. Technical people were invited to China for a variety of reasons, and apparently I was somewhere among those steps. It was, of course, a big event in the East Tennessee Area. Almost every newspaper carried some story of my trip and every TV station  reported my visit to my homeland. I am posting below a local newspaper report with a picture of my visit to the Great Wall of China. 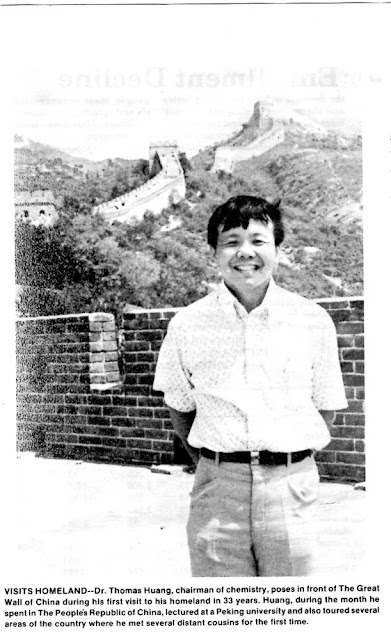 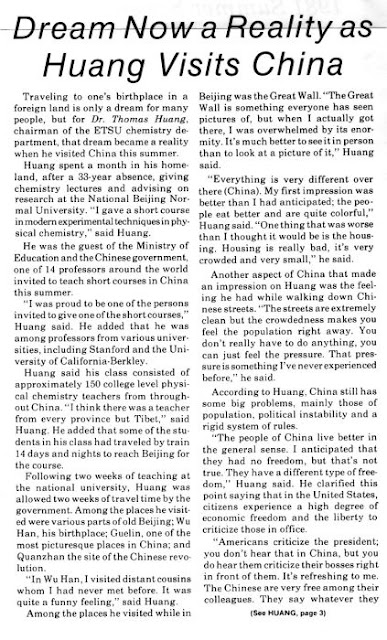