Parties and a gift for the Department

There were several informal get-togethers with the Chemistry Department, as well as one formal party, during my stay in Beijing. On one occasion, I was asked why I had not taken a banana on the table to eat. I told them that the banana was pretty over-ripe. They had assumed that I would appreciate their effort to get the fruit from southern Canton, especially as they thought that all bananas in Taiwan were shipped to the USA and that the Taiwanese people could eat only their peels! That statement was absurd, just as the statement that was said in Taiwan that on the mainland, children were taught to love not their father or mother, but only Mao Tze-dong. I did bring a gift for the Chemistry Department which was officially given to the Chair with a hand-shake. The gift, a scientific calculator, was donated by the company Monroe Calculator, as it was then a popular desk-top machine. Other pictures were taken during some get-together times! 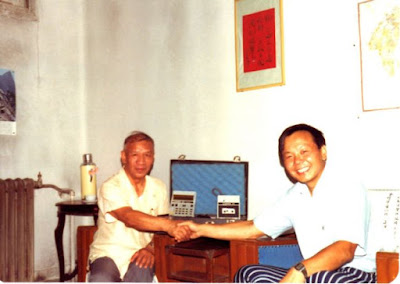 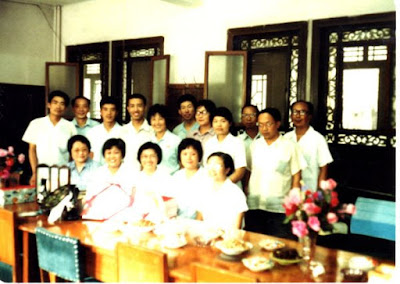 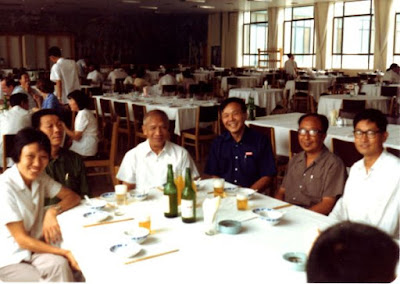