This World's Fair was held in Knoxville, Tennessee. It was known as the International Energy Exposition. As far as I know, Knoxville was the smallest city ever to hold a "Worlds  Fair". It had a sun sphere as the main symbol and as the main attraction. I took some pictures from a distance and they are  shown below. The first one was taken during the day time and the second at night during the fire-works. 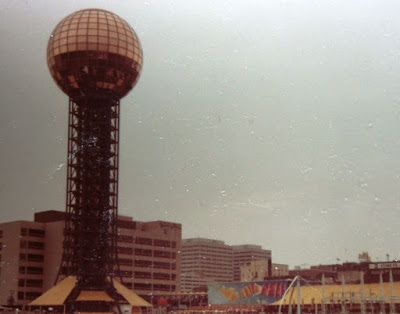 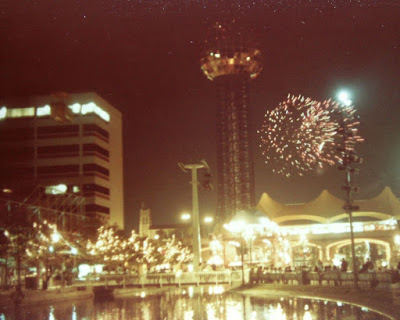 The Fair was pretty well attended. There were approximately 11 million visitors during the three months of the summer. Both Janice and and I were there quite a number of times. The Civic Chorale went there to sing a concert once, but somehow I did not get a picture to remember the event! I do have some pictures which we took in front of the Chinese Exhibits. Below is one picture of Janice and myself - we certainly were very young looking! 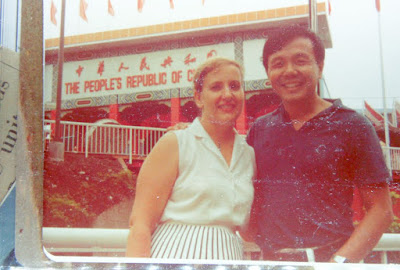