Urumqi - Beginning our Travel to Xinjiang

To visit Urumqi is as difficult for most Chinese as it is for anyone in the western world to visit the Antarctic. After my course was finished, Tsinghua University very kindly treated our whole family to visit there for almost a whole week. To save time, they made arrangements to fly us there instead of  using the rail-road. Furthermore, Professor Liu accompanied us for the whole trip, even though he was not even allowed to eat with us together at the same table! At that time, the government had many rules which seemed silly to us. We visited, not only Urumqi city, but also many nearby areas including Heaven Lake, Tianshan (including the Flaming Mountains,) Nanshan,  and Hami. In 1985, there were more "native" Uygurs than Han people in Xinjiang. That is no longer true! Our children were then relatively bigger than local children of the same age. This can be seen very clearly and dramatically in the picture below. However, there were very few differences in comparing me with people of a similar age: 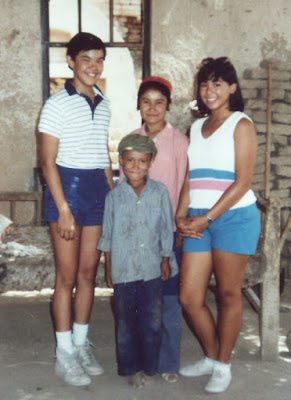 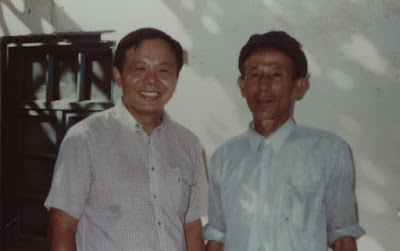 While we were there, not only did we go to see one of their mosques, we also watched some local dancers and ate many local foods as well. The following pictures give you a feel for the flavor at the time: 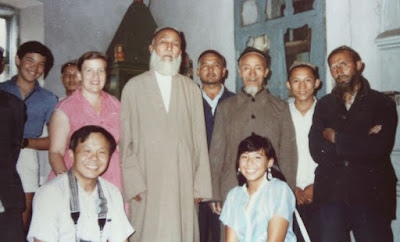 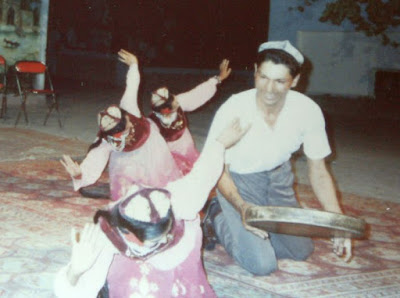 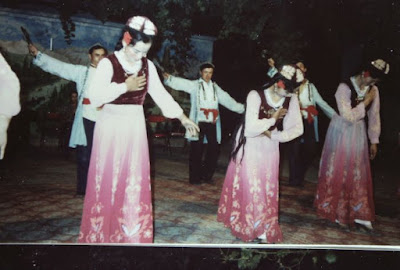 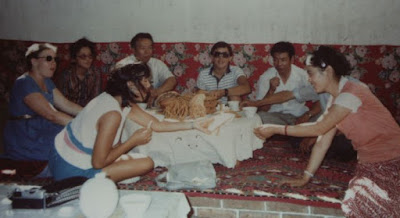 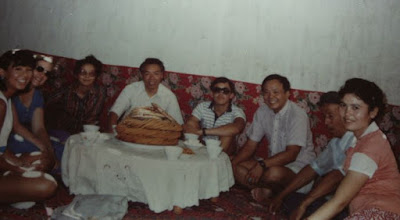