On our first break, the whole family was treated to go to Chengde, which was north of Beijing, a summer retreat built by the Kangxi employer in the Qing Dynasty.  The original Chinese name meant "a summer hiding place", which was printed on the plate of the entrance gate:

We stayed there for several days as there were quite a number of  places (officially 72)  to see and visit. It was built according to the old Tibetan tradition. We took many pictures to remember this wonderful experience. Professor Liu accompanied us during the entire trip! 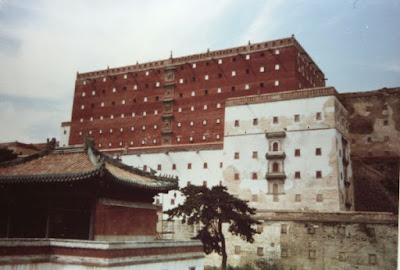 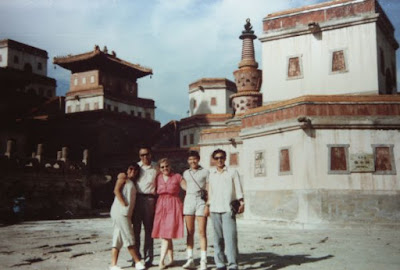 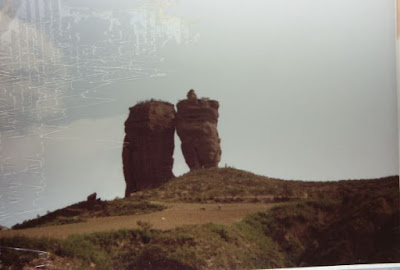 There is one interesting memory that Janice and I would like to share. At dinner one night, we were served an entire plate of sparrows - fried in oil and completely whole. One look was enough for our kids! Those little legs and beaks were not our cup of tea!