I started the Our Savoir Lutheran Church Choir sometime after 1973. It was quite small, but was supported by very faithful members. Besides singing at one of the Sunday morning services every week, we generally tried to have at least two concerts a year, just before Christmas and Easter. Since we needed extra time to prepare for these concerts, the weekly practices were very crucial for every member in the choir. We became close friends. For those special concerts, we generally sang a cantata, as I could choose music that fitted the singers we had at the time.   I have posted below a couple of pictures which were taken in the early 1980's.  Unfortunately I do not have one in which every member is depicted. Over the years, we had quite a number of changes. One picture was taken after rehearsal and another one was after a Sunday service! 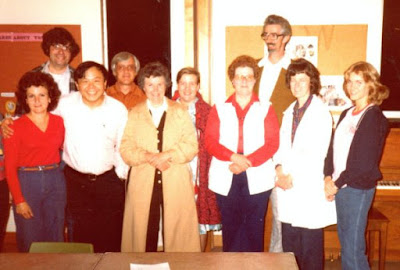 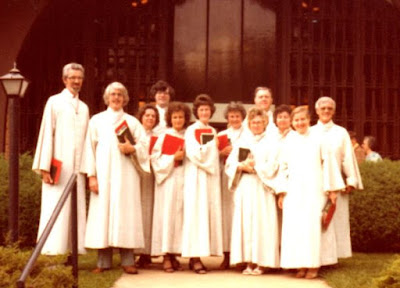