“He is All American”

Alex LaPella  was another early friend for Steven. He is the son of our good friends, Jane and Bob LaPella, who were both outstanding musicians. She played organ and piano at their church, Munsey Memorial Methodist Church in Downtown Johnson City, and he was a professor in chorale music at ETSU. I took some music lessons from him to improve my diction. We remember Alex’s famous statement - when he introduced Steven to his other friends - that Steven looks Chinese, but he is “an all American boy”. The picture below was taken at a place near Johnson City, called the Laurels, while they played together in early 1976. 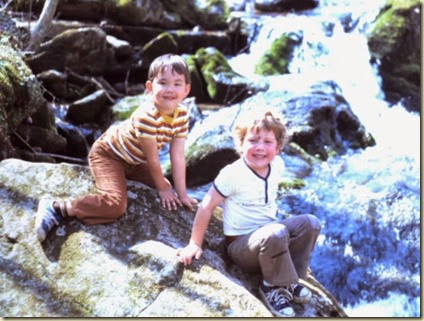