We bought a toy called “a big wheel” when Margaret was about five or six, and she passed it to Steven when he was five. (See picture with our first canoe on our Ford Station wagon.) It was used by all their friends, both boys and girls. They rode it roughly on the sidewalks of Maple Street, up and down, as fast as they could go! We were quite scared at the beginning, but were soon getting used to their excitement and we enjoyed watching them at their highest possible speed. This toy was later passed to Margaret’s two children, and after them it was passed to Steven’s two boys. Whenever any of them came to our place in Delaware it was used again and again - very roughly. It is still in fairly good shape and, now that they have out-grown it, this much loved toy is resting in our garage. The second picture below was taken in 2013 when David was five. 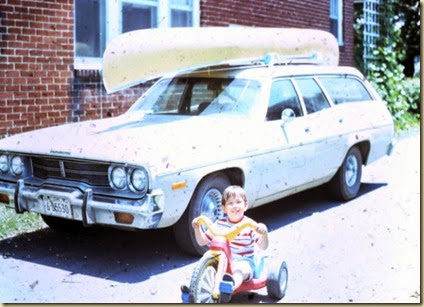 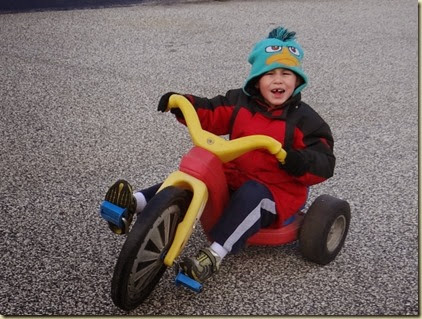