Brooks Gym was a basketball court at ETSU during the seventies. But it was used for many functions. There were two courts in the gym. The downstairs one was called the women’s gym for some reason, but it was used by everybody. I had a lot of pickup games with Chemistry students there. The upstairs gym was the varsity gym and it was used primarily for the men’s basketball competitions. However, it could also by used for any function that required its space. Like everything in the world, it became too small for some purposes, such as a graduation or other ceremony. But in the mid seventies, we still had circus performances held inside the gym. They were grand events! Our children went there and enjoyed the performances when they were at the right age for these events. These two pictures are not the best, but they do give you a glimpse of the fun time we had there. 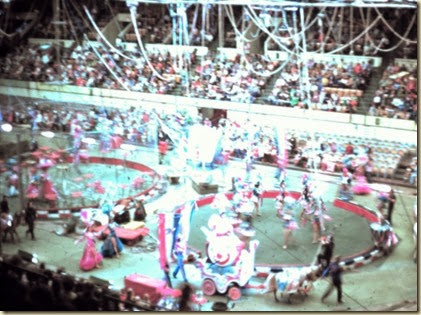 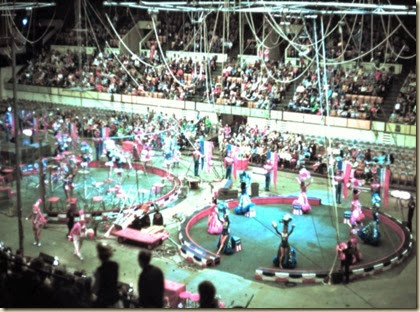