My mother passed away on March 10th, 1984. All her life, she complained about how bad luck had followed her from the time when she was born in the poorest county in China, Huangpei. As a young wife and mother, she had to survive during the Japanese invasion of China, which lasted for eight years. Then she went to Taiwan for what she thought would be a brief visit with her younger brother but turned out to be a permanent change in her life, due to the Communist takeover of the mainland. The next few years there were very difficult as my father was not able to follow her for quite a while and, even when he managed to join her, they had to struggle to survive while Chiang Kai Shek's government was getting established in Taiwan. Eventually things got better, but she always missed her old life in China. However, her fortune had changed a great deal by the time of her death. She died in her sleep that night, after watching her favorite shows on TV until the end of the broadcast for the day!
The funeral was held three days later in a Taipei funeral home. Amazingly, all three of her sons made the trip across the ocean in time to attend her funeral. The event was well attended by many relatives and friends! The pictures below were taken that day and will give  you some idea of the ceremony. All of the pictures were developed the day after the funeral, on the 14th of March, 1984.  The first picture below is of the Taipei Funeral Home. The next seven pictures were taken inside during the service. The last picture was taken at our home after the funeral and include my mom's brother, whom we called Yauyau, my father,  and some other relatives. The calendar had not been changed since the day mother passed away! That was a heavy day in my life! 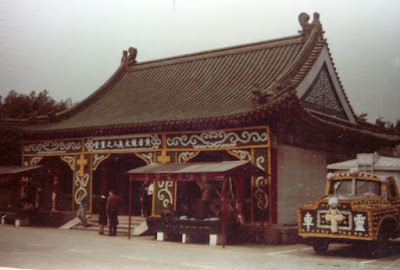 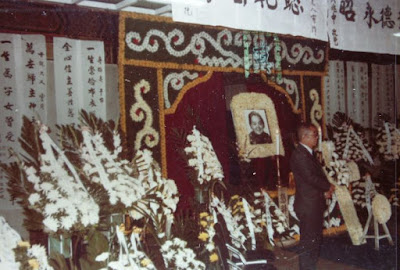 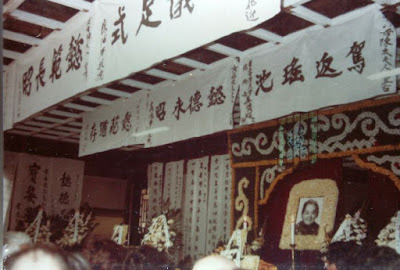 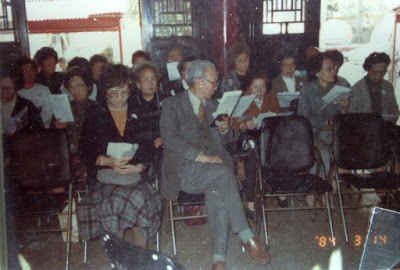 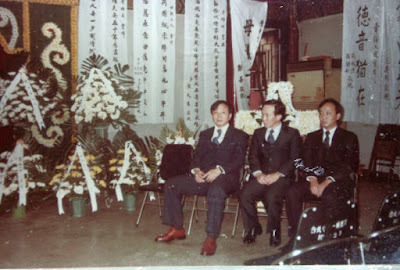 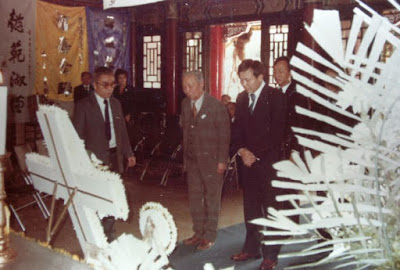 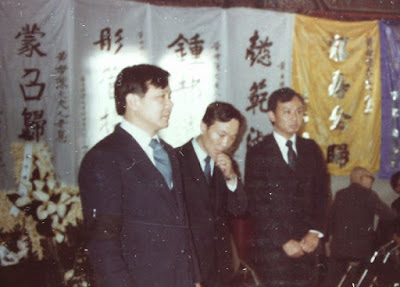 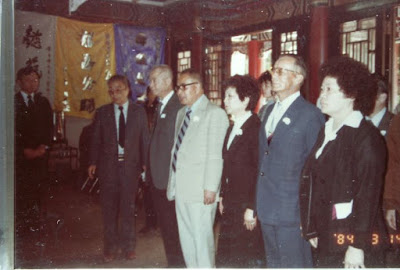 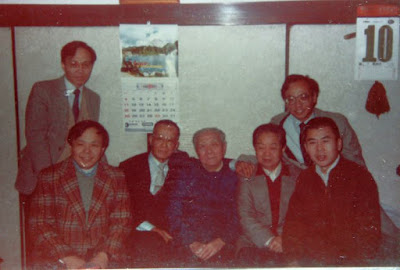