Yuan Ge（袁哥） and Xiao Jie（小姐）were the names we called them in Chinese. She was my cousin from my father’s side, the daughter of my father’s brother. She was also one of the young relatives who followed my father to Taiwan. Their families lived in the county of Huang-pei, a very poor and backward place near the city of Wuhan in the province of Hubei. Yuan Ge was also from Hubei and was serving as a police chief. He was doing quite well at the time. When I came to study in the USA, these two were very important in helping me raise the travel expense needed for the air fare($2200). At the time, the sum was so big that I would have had to work as a tutor for a couple of years to get that kind of money. They came to visit us in the early spring of 1976 with their elder son and his wife and with their first grandchild. We were very happy to host that visit and that turned out to be the only time for Yuan Ge to come to Johnson City. We took them to our usual sites nearby and Janice did her best to entertain them. 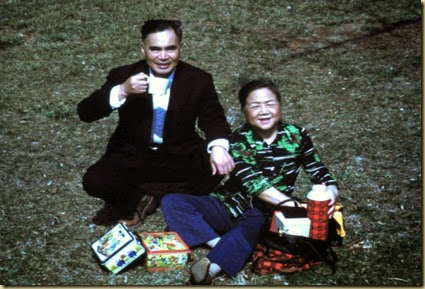 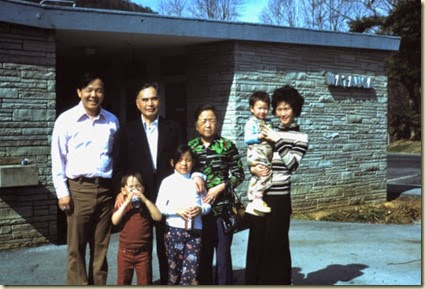 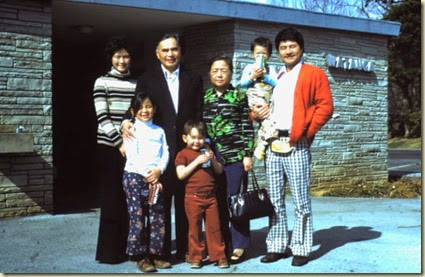