The year 1975 was near the beginning of Taiwan’s economic boom. People were definitely getting richer. We could feel the change when we were there. Things such as the increase of choices in materials for clothing, shoes, and many other daily items were notable. While the vegetable and fruit stands remained, the stands themselves were in bad shape. Vegetables and fruits were plentiful and very fresh, and there were many choices. Since we had our own kitchen, Janice had many chances to shop for our daily food. The typical stands are shown below, in the following pictures. They looked shabby and worn-out, but, unknown to us, it would be hard to even see them again in later days. Today these things are only found in grocery stores! Everything changes, including the vegetable and fruit stands. 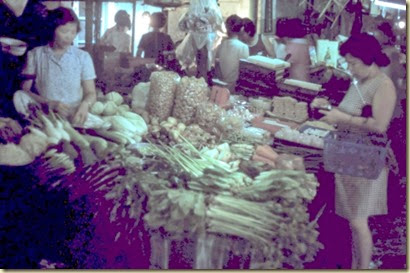 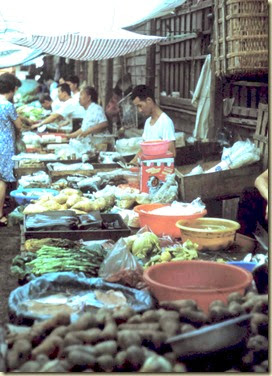 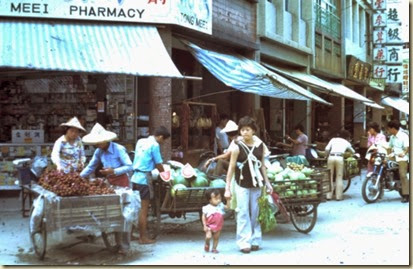 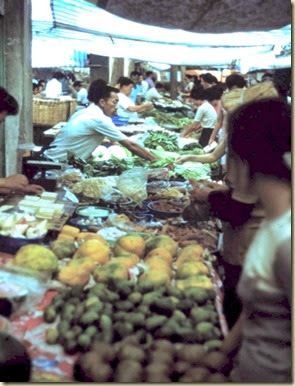 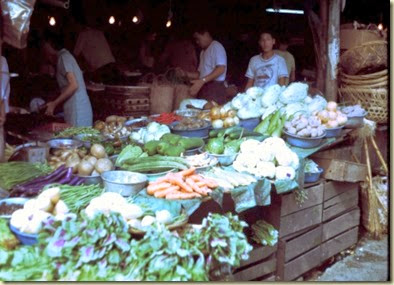