My father had one older brother and a couple of younger sisters. My mother, on the other hand, had a brother and one older sister. These were the relatives we were told about. I only met one of my father’s sisters and she only for one month, when she came to our home in Nanking to visit, before we moved to Taiwan in 1948. I called her Googoo and had a very good impression of her, as she was the only relative who gave me some of her spare change, in private, whenever she could, during the month she was with us. In Taiwan, we had quite a number of relatives, but most of them were part of my generation and their children. In 1975, we visited quite a number of them and many of them visited us. Here I have collected several pictures of those who came to visit us over the three month period. 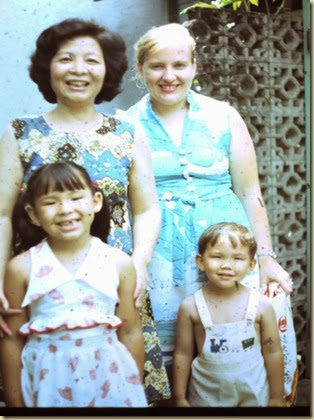 Hweige was my mothers’ niece, the daughter of my mother’s older sister. She passed away last year in 2013, in Tainan at her younger daughter’s home. 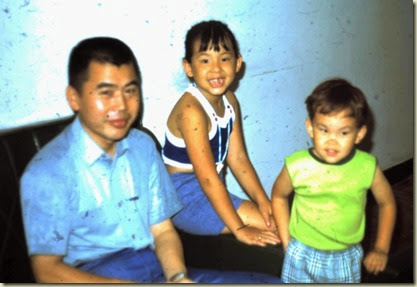 Yaouge was in the military. He was my mother’s nephew. He died early and had a hard life. His brother Wien-Ge was also one of our visitors this summer, but I have no picture of him this time. 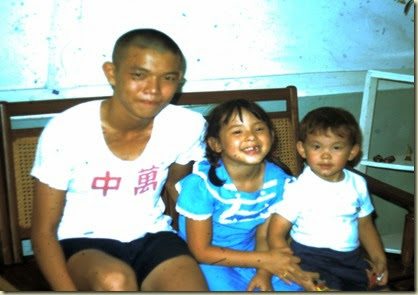 Huang Hong Tai was the son of my father’s nephew. He was born in Taiwan and was in high school when we visited Taiwan that year. His family are now the only living relatives from my father’s side. 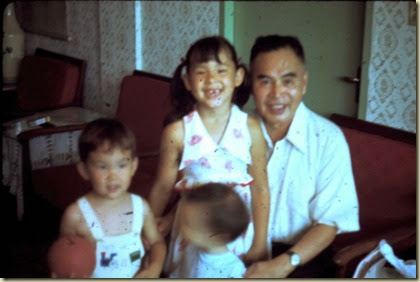 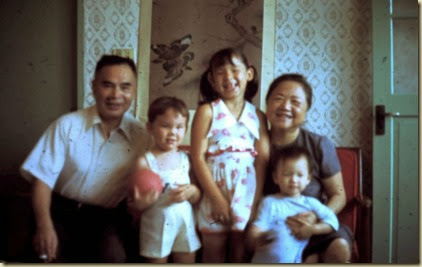 The two pictures above are of the Yuan Family. Yuange was the husband of Xiaojie, who was my father’s niece. She played an important role in my family’s life, not only with respect to my father but also with regard to others in the family. I will say more about her later. Here they were with their grand child. 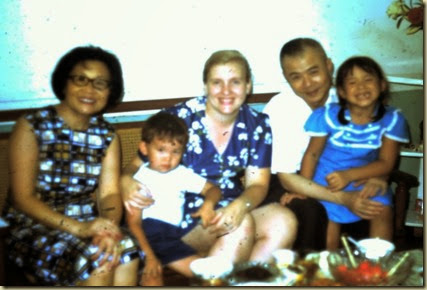 Erge was my father’s nephew, Er means two in Chinese, as he was the second male in my father’s older brother’s home. I am the ninth if you follow the count of his family first, since my uncle had eight male children. Xiaojie was an older sister of Erge, but she was not counted as she was a girl. Erjie (in the picture above) was Erge’s wife and HongTai was their son! 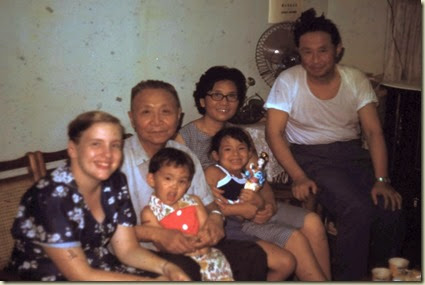 Zhu-ge and his wife Zhu-sao were my mother’s family relatives. They were really Hwei-ge’s relatives on her father side. So this family was not really directly related to my parents.