My respected and beloved thesis director, Peter E. Yankwich, was my advisor beginning on the day when I arrived at Carter Hall on the University of Illinois campus in 1964. Since he was the chair of the Physical Chemistry Division at the time, he was the initial advisor for all students like me who declared a major in P-chem. He advised us before or until we made our choice of thesis director. He was a tall and distinguished-looking gentleman. In Taiwan, many of our “distinguished professors” were quite absent-minded. However, Dr. Yankwich did not give any trace of being such a faculty member!

At that time, to become a candidate for the PhD degree in Chemistry, you had to pass the so-called cumulative exams. The rule, at the time, was that you had to pass seven before you failed seven. There were three exams a semester. The material could come from any field in P-chem. The first semester was free, i. e. it would not count against against you if you failed in your first semester. Everyone was very nervous for a couple of years!

I decided to work for Yankwich in my second year, as I liked his Kinetic Isotope effect project, which required doing both experimental as well as theoretical work. I started learning, first, how to blow glass in order to build my vacuum line. Then I learned how to operate and maintain an isotope ratio mass spectrometer. Finally, I learned how to program in machine language, which was then FORTRAN language. That period turned out to be, for me, a very important two years of learning in my professional skills as a Physical chemist.

During the summer months for several years, Mrs. Yankwich, Betty, would ask us to stay in their home when they were away in CA or NC for their vacations. We certainly enjoyed the air conditioned rooms!

As you can see, he was the teacher and mentor who, perhaps more than anyone else, influenced me and provided me, as a foreign student, with a model of how to behave professionally. 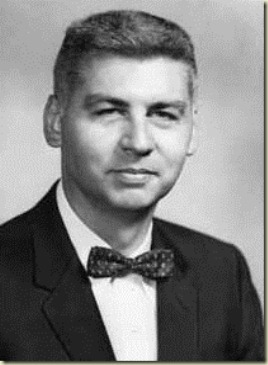