胡 秋 原，a famous writer of his time, and a very close friend of my father since they were young, came to Urbana, Illinois, to visit our home. His daughter, Susan, was studying there as a graduate student, too. We had earlier invited her for Thanksgiving dinner (see first picture).  Her father was one of the famous critics of Chiang’s government. Hu came from the same village as my father. His father started a private school in the village, and my father got the chance to enter that school at about the age of eighteen - thus escaping the poverty of that county. Father was there for about six years, finishing both primary and secondary school during that period. He later took the college entrance exam in Wuhan, and his success in passing that exam terminated his farm life in rural Huang-Pi county. 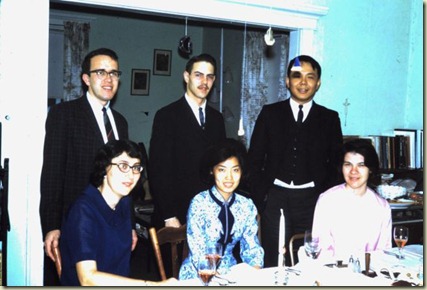 The next two pictures were taken when Hu came for a dinner prepared by Janice in our small apartment. He was on the right side, in the middle surrounded by other family members. 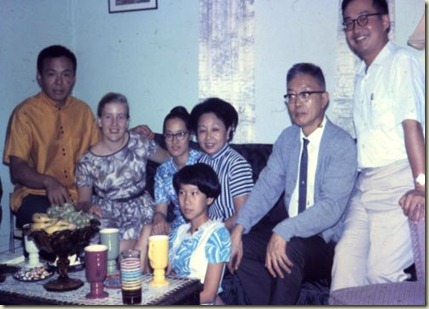 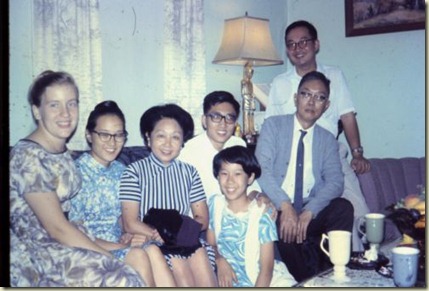 The  last picture was taken with Mrs. Hu who came later for a separate visit during Christmas time in 1968. Susan Hu was then married to Mike Hsu. Dean and Maria were in the picture too! 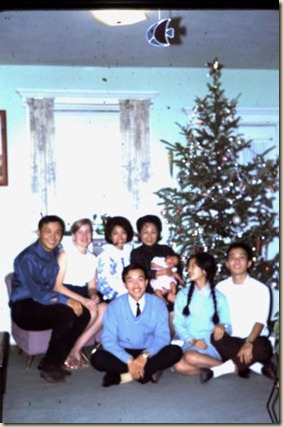