The rehearsal party and dinner were on the night before our big day, which was June 12. Most of our bridesmaids and ushers were out-of-towners and many needed to be picked up at the airport or bus station. The rehearsal itself was before the party and the dinner. My brother Dean offered to go with Janice's mother to pick up my best man, Sherman, who arrived late. Apparently she ran red lights, sometimes drove on side-walks, and, in general, broke many traffic rules, in order to get them to the rehearsal in the church on time.  Both got to the church with ashen faces, and were nervous while participating in the ceremony for quite a few minutes. That experience was, for them, the most memorable part of the wedding and one which they talked about for many years!
The party and dinner were hosted by Janice's Uncle Fran and Aunt Dot. They opened their house for all in the wedding plus a few family friends. We had a very relaxed get-together after the hectic rehearsal. It was truly a nice party for all the participants to remember. When I review the slides and pictures taken at the time, I still see the happiness on Janice's face at the party and throughout the next day as well. 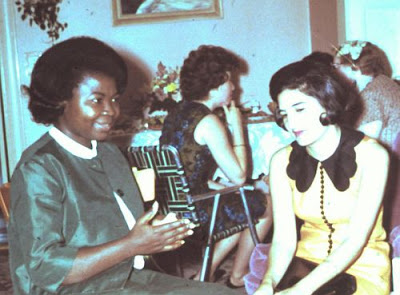 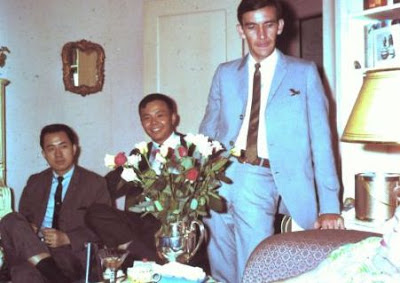 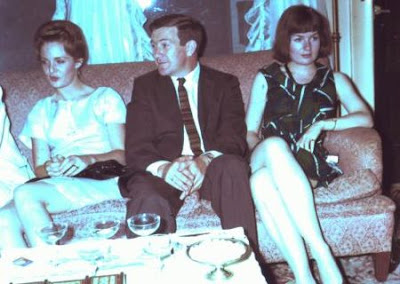 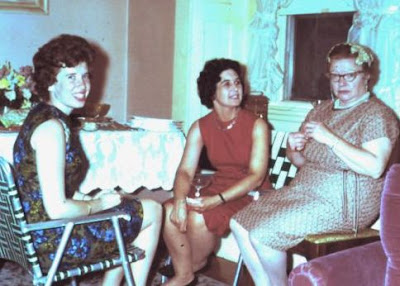 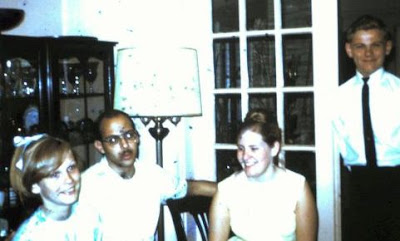 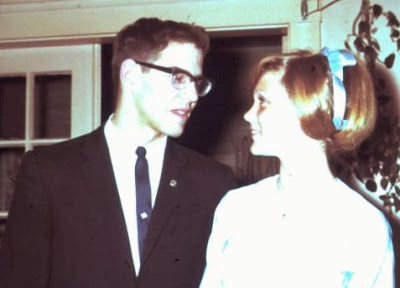 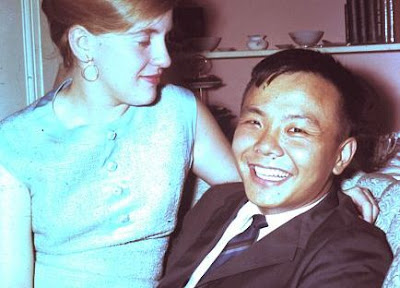 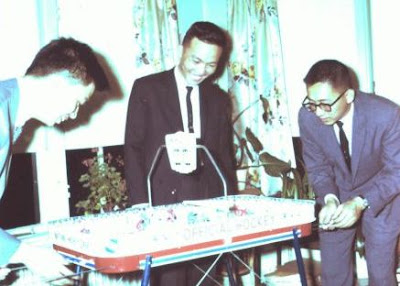 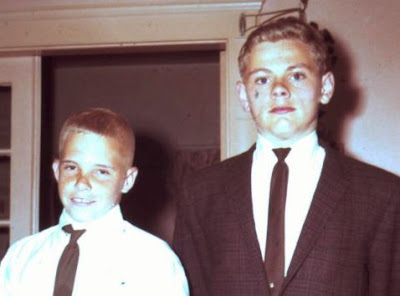 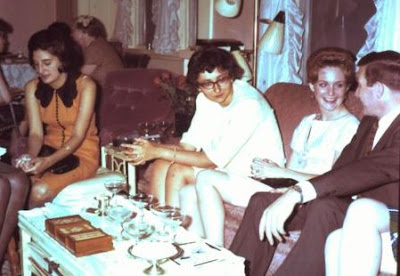