We rented our first home on West Illinois Street, in a house with four apartments. We had the one upstairs on the right. It had a living room with connecting dinning space, a small kitchen, a bathroom, and one bedroom. There was a screened porch in the front with a swing. The apartment was very old but functional. The best part was that we were only a couple of blocks away from the Chemistry Building (Carter Hall) and the Math Building (Altgeld Hall) - very convenient!
I used some cinder blocks with a few plywood boards to make a bookcase. Over the years we moved around many places, and the cinder blocks bookcase was moved everywhere we went. It is still with us today.
My brother Dean was the model in the pictures. The black and white TV was given to us by him as our wedding gift. The TV had just come on the market at that time, as the new gadget. This was our home until our daughter was born in 1969. 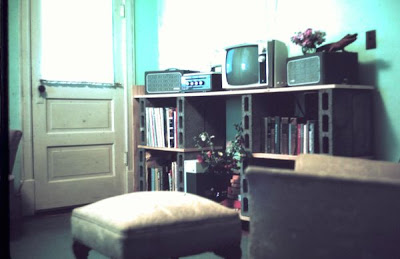 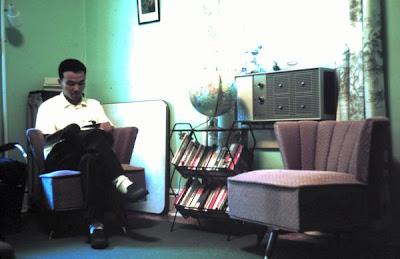 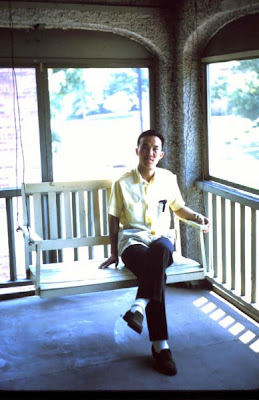