JANICE'S CAPE MEMORIES
Not long after he returned from serving in the Navy during the Second World War (he was in the Pacific), our Uncle Fran Mardulier and our Aunt Dot bought several acres of land from a farmer in North Truro and sold a few of those acres to our Mom and Dad (Rita and Henry Fernald).  (It was probably around 1948.) They then bought (salvaged?) two army barracks from a base that was being closed down in Welfleet. Fran and Dot put up their "new" house first, including, of course, the outhouse we called Peony. Then the Fernald house was raised. I remember our Mom painting over the graffiti as the walls went up. There were no ceilings on any of the rooms and no paneling at first. (This made for a lot of peeking into other's rooms!) Shari, Greg, and I then became the first generation of kids to enjoy the Cape. At that time, the land in back of our house, which has since been sold, was a pasture where the farmer had kept his cows. I remember making "horses" out of pieces of discarded lumber. We painted them, attached a tail and reins, and rode them all over the place. I had several favorites - including a pinto and a black "stallion"! Another favorite memory from that time was our construction of a two-story(!) structure - deep in the woods where our parents wouldn't find it - which we called Hernando's Hideaway,  named from a popular song. We had help from our friends the Armstrongs (Paul, Sheila, and Bill).  Aunt Dot and Uncle Fran had a son (now known as Captain Jim) in 1952 and he joined in most of our activities as he grew older.  Sometimes we were also joined by cousins Donna and Marc Belisle, whose parents built a house on Hart Road. And, of course, there were those square dances down in Truro and Welfleet which we all attended faithfully (with the Armstrongs and the MacLauchlan's, who had a small cottage down on Great Hollow Road). 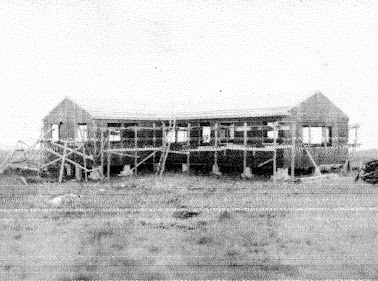 The next generation to fall in love with the Cape, included Doug and Laura, Margaret and Steven, Erin and Shelley, and David and Fiona Paul.  Babs and Bill Paul, the parents of David and Fiona,  had become "honorary members of the family" soon after they came to the States in 1952. Among other good memories from those days were the Plays which were performed regularly - complete with costumes and dialog.  Most of you may not have found it particularly memorable but, for my family, bringing Tom's Father to visit our families on the Cape in 1972 was a special time! Everything was new to him! And I don't think any of the parents can forget the evening that David Paul (newly licensed) drove Fiona, Doug and Laura, and Margaret and Steven to "dinner" at the Howard Johnson's in P'town.  Fortunately, all went well but we certainly heard a lot of complaints about David as he had insisted that they use a fork while eating french fries!
The third generation to enjoy being together on the Cape includes Michaela and Cam, Meghan and Alex, Matthew and David, Jimmy and Annie, Kingsly and Cammie, and - last but definitely not least - Max. Many of them enjoyed the swing set that the Pauls provided in 2003. Starting in 1999, there has been a "Fernald Family Reunion" on the Cape every two years - except that occasionally there was a gap due to a wedding or some such thing! We all owe a debt to Laura for inaugurating these wonderful get-togethers! She has been the guiding light! I do remember that Judy once called attention to the fact that she was often the ONLY Fernald at many Fernald Family Reunions! Gatherings usually include wild games of croquet, loud and rambunctious games of Bonanza, lots of good food, and, of course, the beach!
I feel certain that there will be more generations coming to the Cape in the years ahead! We hope they hear our laughter and feel our love when they come!  Jan
Posted by Just having FUN at 4:10 PM