My Connection with UI (University of Illinois)

My connections with the University of Illinois really defined my life, although it is certainly late to mention it at this stage of my blog! Primarily it is because I took this fact for granted and I did not feel it's importance until I was recently thinking about it!
I went to the University of Illinois, specifically the Chemistry Department, mainly because the President of National Taiwan University, Chiang S-Ning, received his Doctoral Degree from that University. He was frequently involved with the Chemistry Department in Taiwan personally. The picture below was taken in 1961 when we graduated. We had a dinner to thank our teachers and he was there, sitting in the front row,  fourth from the right: 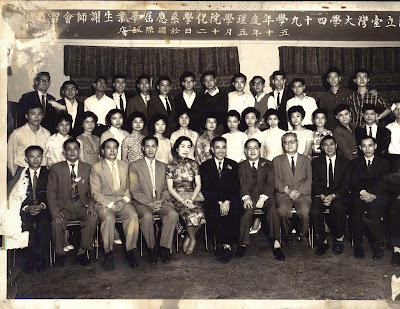 And most inmportantly, he wrote a recommendation letter for me! Later, when I went to ETSU, it turned out that the chair of the Chemistry Department,  Dr. D G Nicolson, was also a graduate from Illinois. He was the one who later offered me a position at ETSU at the time when I was teaching at the University of Kentucky. He not only taught me but he also hired me back to the University, to which he had dedicated his whole life! The following picture was taken in 1978. 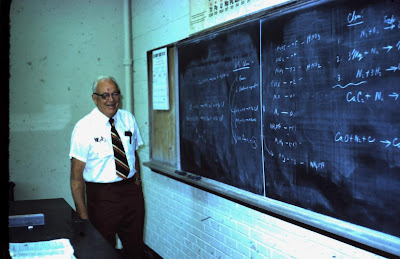 Finally, and most importantly, I met Janice, my wife there. You all know that part of my story, you just do not realize how important a simple folk dance could start the life story of two people from the other ends of the world! 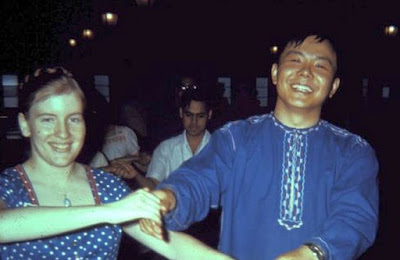