"Bridge" is more than just a game!

During our first year in East Tennessee a group of eight women, mostly wives of new faculty members at the University, decided to form a "bridge" group to meet one night a week, so that they could share their experiences. Who could imagine that this group would continue for nearly fifty years, as of today! (Two of the original members left in the early years, as their husbands accepted positions at other schools.) The women certainly shared a lot of stories about raising their children, about the the frustrations of not having family living near-by, and, of course, about their husbands!  "Bridge" may have been their starting point, but everything in their lives was shared, one way or another. From new born babies, boys and girls, their children's marriages, and their grandchildren, to the death of beloved family members, every part of life was included in many different ways. Sadly, one passed away recently because of illness. And, two members have lost their husbands, which has affected all of them greatly. I have chosen four pictures to give you a glimpses of this amazing group!

This is one of the first pictures of the group: 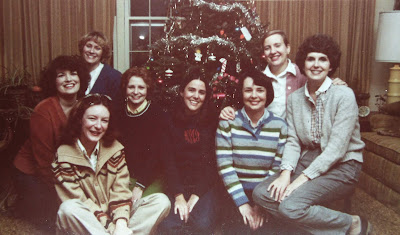 Yes, they were very young!

The second picture was taken slightly later, showing the eight members who belonged to the group for the last 40-some years: 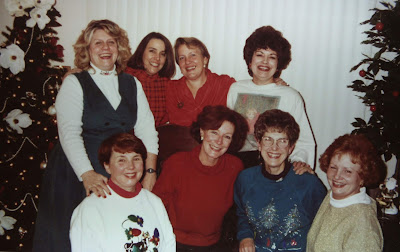 This is a more recent picture, taken a long time after 1971! The husbands frequently joined the group to celebrate the holidays! 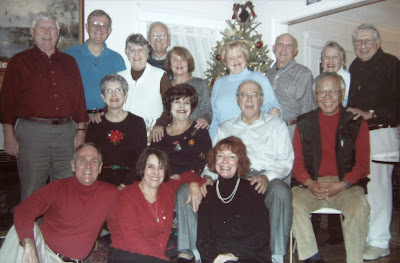 This most recent picture was taken in January 2020. A new member was added for the first time since Janice and I moved out of the East Tennessee area. 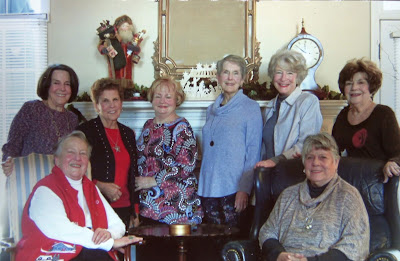