In 1985, China not only opened wide their doors to allow visiting graduate students to study in the US, but also urged quite a number of their professors in the Science Departments to visit the USA, with all expenses paid by China. ETSU was lucky enough to get two of the Chemistry Professors from Wuhan University, one of the top ten Universities in the whole country: Professors Lin and Yin. They were in Physical and Analytical Chemistry, respectively. They chose to come to ETSU as we had two professors, Dr. ChuNgi-Ho and myself,  who could communicate in Chinese with them to facilitate their work. The official press anouncement picture of the four of us was sent out in a black and white picture from
ETSU as shown below: 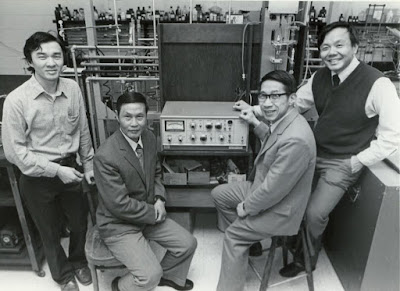 I certainly took more pictures of them, not only on campus but also in front of our house, when they came to visit us with one of our graduate students from Wuhan, their home town. 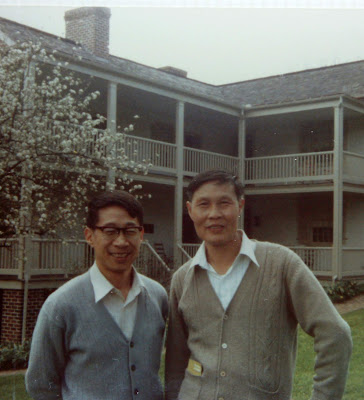 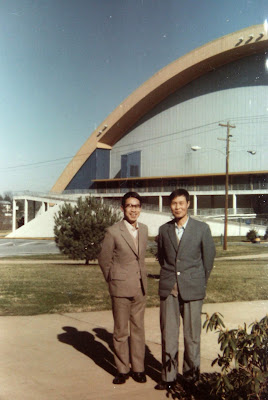