An unexpected fun sport for us--- Water Skiing

After we bought the cabin on the lake, we, of course, went swimming whenever we felt warm enough to dive into the clear nice water. Of course, we had plenty of parties for our children and their friends. We had them on many occasions for a variety of reasons. I don't even remember what the reason for Margaret's party in the picture below was! They were having a great time! Soon it occurred to us that we could try water skiing. It was just the right time, as our kids were both at the right age. We bought a used boat and they quickly learned how to ski - all by themselves, literally! Almost immediately they were standing behind the boat and riding the waves. Oh, yes, we had a lot of fun! I was by then over fifty years old but I decided to give it a try myself. I hung on to the tow line a few times and was pulled through the water. However, believe it or not, I did finally get up and found myself skiing - just having fun like all the teens! For the next five years, whenever our kids were home during the summer, skiing was a major part of our activities on the lake. The pictures below were all taken during the time when we all tried to learn how to ski. Of course we also had to swim quite a bit during those times. 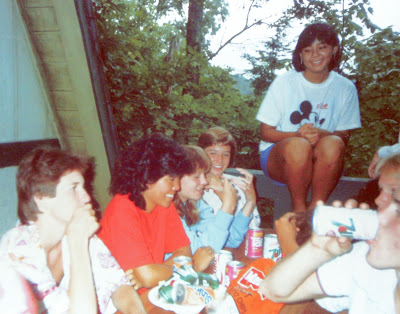 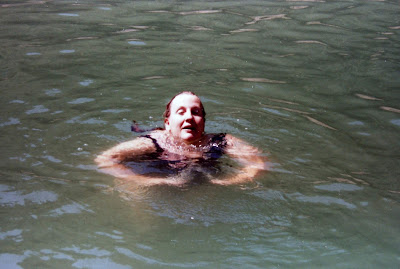 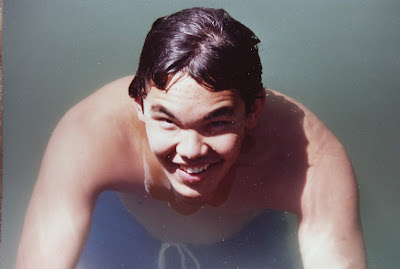 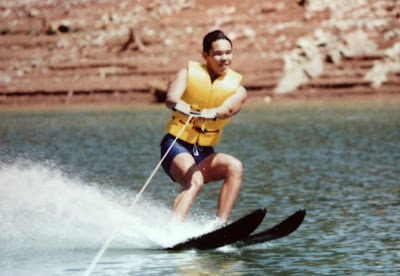 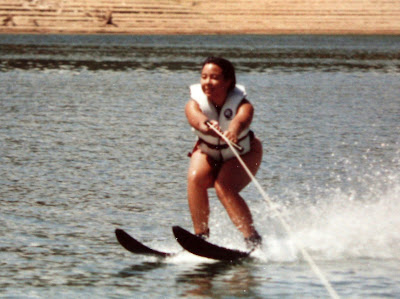 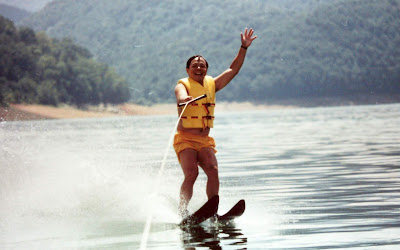