A lot of "Firsts" in this Year!

The year 1984 was the First time our home on Maple Street had three generations living in the house. This was the First picture taken together at the front door. 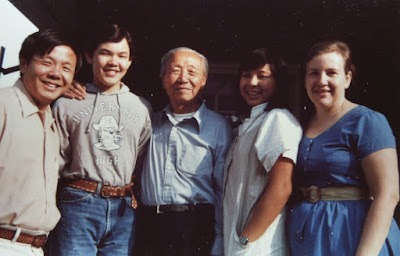 It was also the First time we invited Professor Liu Dinquao, who was working at the Chinese Embassy at the time, to come to ETSU and Milligan College to give some talks. We certainly had some fun at both places. 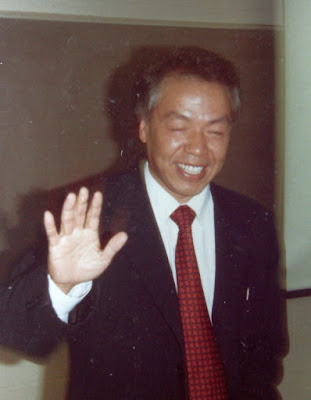 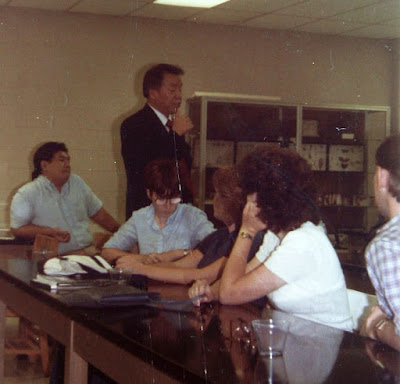 This year we also had our First Chinese student, whom we had met when we went to China in 1981 to teach at Wuhan University, arrive at ETSU for his Masters degree. His name is Shen Yaxi. He arrived in Johnson City just before our Christmas vacation: 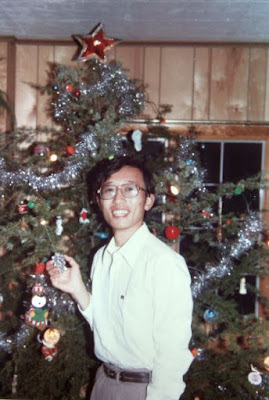 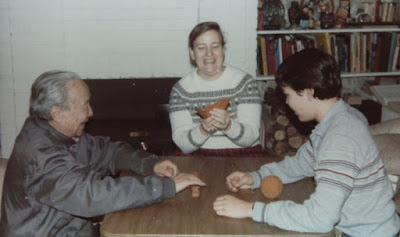 For the First time after we bought our cabin on Watauga Lake, I took some pictures of Margaret and Steven there and this is one of them: 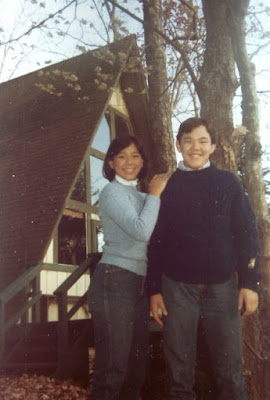 Finally, I have a picture taken of our family dog "Princess", when she was getting too old to walk to the back yard and we had to help her. She died soon after I took this picture. 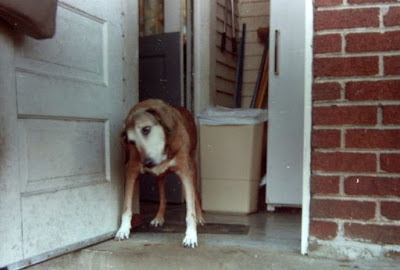