My Final Connection to Taiwan (I)

The word "final" may be too drastic, but it is actually very realistic and, looking back on it now, the  most appropriate. It was just before my tenth birthday that I arrived for the first time in Taiwan, after traveling by ship from Shanghai to Keelung Harbor. It took more than 12 hours on the train to get from there to my uncle's place near Kaohsiung. It did not bother me and my brothers very much, but, for my younger sister who was less than seven at the time, it was the beginning of her nightmare.

In 1984, I went to Taiwan in March, when my mother passed away. Later that year, while Janice was in San Francisco with our children, I came back a second time to make arrangements for my father to immigrate to the US. He was facing his final days in Taiwan and I began to feel that I, too, was making a change in my life. My "jump" to the United States was becoming more permanent, as I could sense that my connections to Taiwan were becoming less and less important!

The relatives in Taiwan would, however, continue to be a part of these connections. The uncle in Kaohsiung, my mother's brother, was our first family member to arrive in Taiwan. He and his wife had one daughter and two sons. I took a picture of my uncle, together with his two sons and his grandson, and my father, in 1984. Somehow his daughter was not in the picture:The next two pictures are of his sons' families. All the pictures below were taken during that 1984 visit. 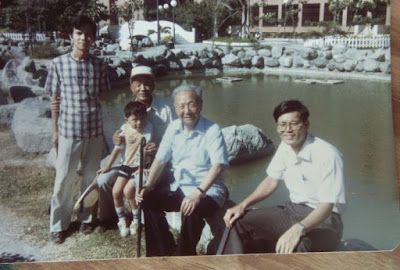 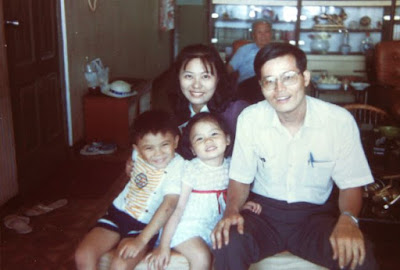 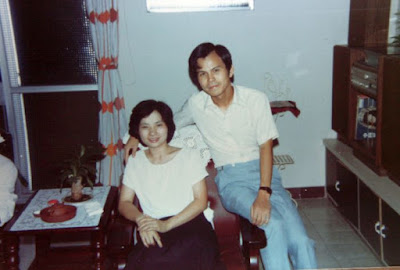 Our other relatives in Taiwan arrived later than my uncle in Kaohsiung. In fact, most of them followed us after we left the Mainland. In 1984, my father's nephew, Taobin, and his family were the only relatives still in Taipei. Taobin and his wife had one son, Hong-Tai, who was also married with a baby daughter in 1984.  There was one other person living in Taipei who was somehow related to my father. He came from Huangpei county which was my father's birth place. We we called him uncle, "Susu", and in the pictures below we are having dinner with him and his wife and playing some mahjong together. 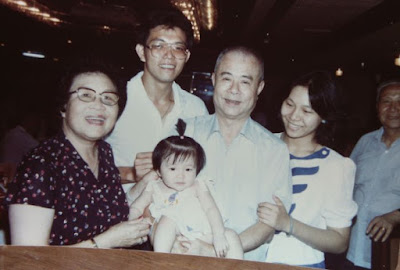 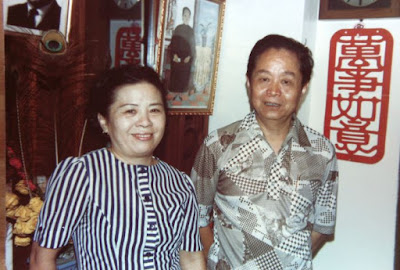 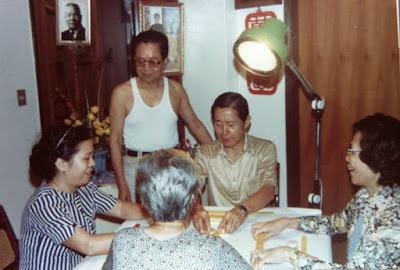