In the spring semester of 1981, Margaret's class had a school play. It was an early American traditional play and all the cast members were in costumes. The play was actually a musical with singing and square dancing. We no longer remember the title of the play, but all the children involved had a great time. Certainly Margaret did! The class teacher was Polly Taylor, who can be seen taking pictures in the fourth picture posted below. Jane LaPella, who was not a teacher in the school but who was playing the piano for them, is shown in the third picture. Margaret's best friend, Wendy Whitmore, is standing next to Margaret in the first picture! 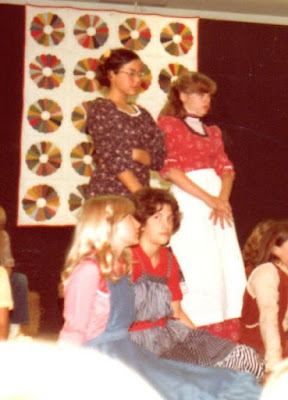 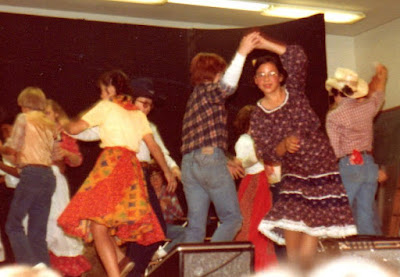 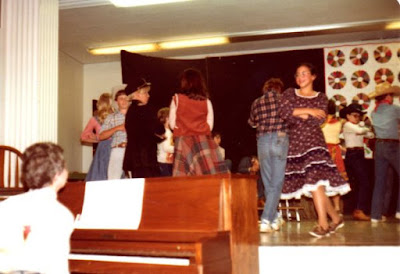 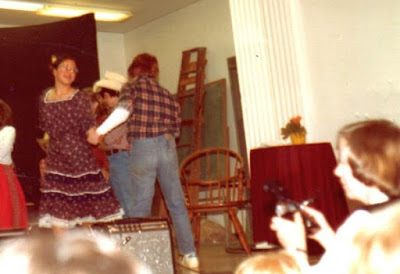