In 1978, every night, a ship named Hualian Ship would sail at night to the harbor at the northern tip of Taiwan called, Keelung, and it would sail back to Hualian in the day time. After we completed traveling the Cross Island Highway and visited in the Hualian area, we decided to ride the boat to Keelung and then take a train back to Taipei. Clearly, we did not see much on this voyage, as we went inside our cabin pretty quickly. It was too dark to see much. We did take a picture of the Hualian harbor and the kids took a picture in front the life preserver with the name of the boat on it! 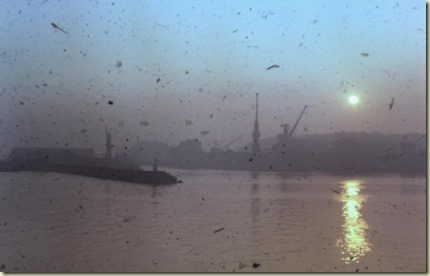 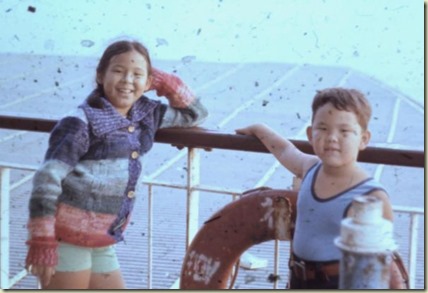