What is in a Chinese name?

As a parent, you get the right to name your children. In China, the name of a person is very important and, therefore, to name your children is a serious task. Not only do you have to worry about the meaning of the name, how it sounds is another factor, as you do not want your children to be bullied because his or her name sounds like something bad.The names you choose represent not only your mental mood but also your educational level. Earlier, I wrote about family poems and the one word in a name which is used to show your generation. That is, all your siblings share one common word in a three word name. Today I am using another example to show you how names for children are often selected. Debbie and Lin-Fung Yang have two children. The older one, a boy, is named Lotay, which is formed in two parts. Lo, the first part, refers to Los Angeles and the second part, Tay,  refers to Taiwan. Both parts were used to represent important locations for the parents. These places were most significant to them and they wanted their son to remember them. Lotay was only five years old when we were staying at his home. It was a big surprise for Steven to learn while we were there that he was Lotay’s uncle, the same generation as Lotay’s mother! 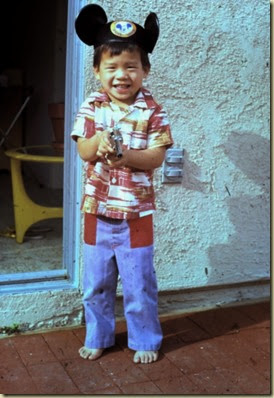 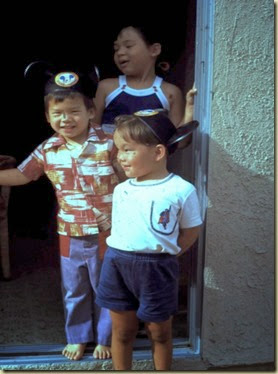