After we left Dodge City, we again drove along Interstate 40 to Albuquerque, NM. We stopped at our old friends’, the Kasses, home. We knew Bill and Anne while we were at  the University of Illinois. Bill was Professor Yankwich’s post doctorial fellow. He and Anne returned to New Mexico, which they had loved when he was a student at Arizona State University during the time he did his graduate work, in Chemistry of course. While he and I worked in the same lab, we got to know the couple very well. We even introduced them to the game of Bridge. Bill later became an official “master” in the game. When we visited them in Albuquerque, Bill was working at Sandia Corporation. Anne later finished her law degree in NM and became a famous local family court judge. On our short stay there, our children really enjoyed their two small dogs! 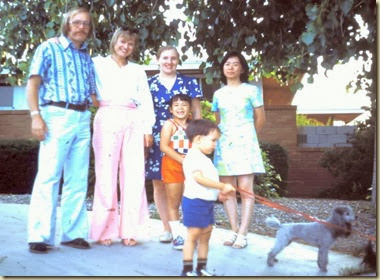 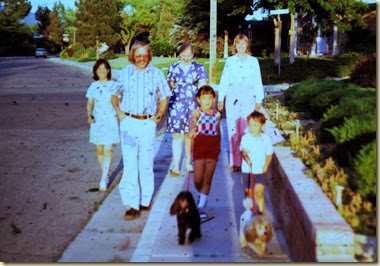