Shari was in Vermont

After we went to Cape Cod in the summer of 1973, we drove up north to Vermont, as “Shari was in Vermont”. We have used this term since, just slightly before this time, Shari and her then husband Ben bought a farm house there in a town, Colchester, near Burlington. They settled in with their two kids, Doug and Laura. Janice’s sister, Shari, is very close to her, not only age wise, since they are only slightly more than one year apart, but also because they used to sleep in the same room while they were growing up. They performed together when they were young (including once on a TV show). They both loved folk dance when they were in their teens. There are quite a number of old pictures of the two of them together which their father took. He was certainly very proud of their activities. The following pictures can give you some taste of his work: 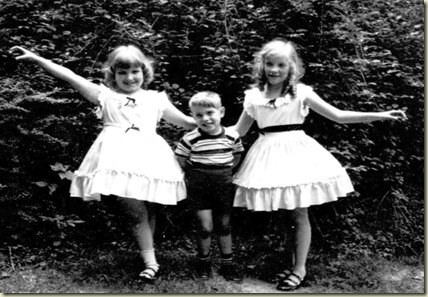 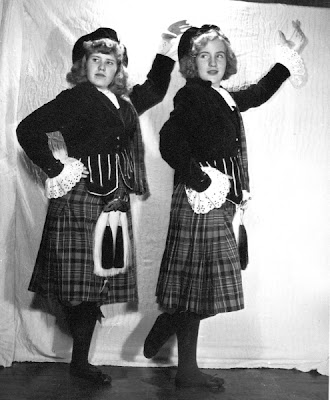 When we got to Vermont, we saw their farm house on a  5-acre plot of land. Our children got interested in dressing in folk dance costumes too. The four kids took a picture together hand-in-hand. It is my favorite picture of them together. 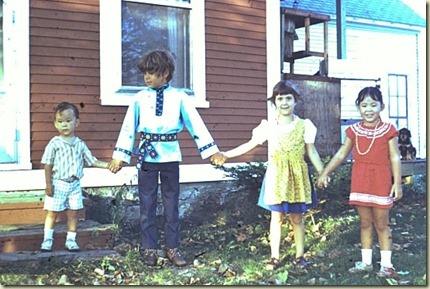