The word 盼盼, pronounced Panpan, in Chinese means the long-expected one. It was the nickname given to Margaret by my parents when she was born. As you can imagine, that was the name used by everyone when we were in Taiwan, and by all our American friends during most of her early years - in Kentucky and in Johnson City – up until the time she went to school. Its meaning was very appropriate as Janice and I  had been already married for four years before she was born. Panpan is easily pronounced and remembered so we were happy to use that name.

This is a common Chinese practice. Parents or grand-parents would usually give a diminutive nickname, in addition to a formal, grand, ambitious name, to each of their children. For example, my formal name in Chinese means The Bearer of Truth. Wow, how ambitious can you get! My nickname is “big hair”. A hair is always very small even a big one. In this way the gods (or whoever the authorities are) would not take their son away, as he is really small! My next brother, Dean, had the nickname “small hair”. Let me tell you – there are a lot of “hairs” in China!

Panpan adjusted very well in Taiwan. She was quickly involved with a red plastic reindeer on our bed in the back room, and she would spend a lot of time trying to “communicate” with it until she was tired and went to sleep in front of it. 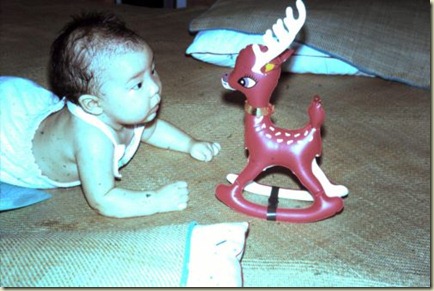 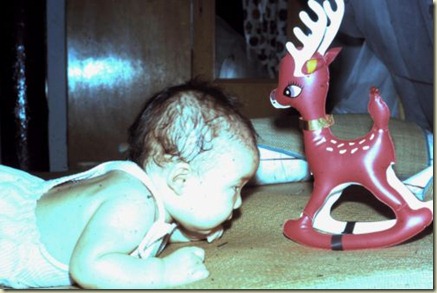 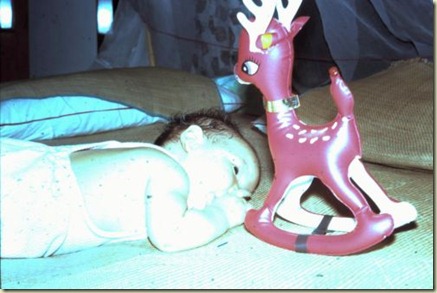