My Service to My Native Country

After the reserve officers training, we were all assigned to separate units in different parts of the country. During that time, the country really only consisted of three islands, namely Taiwan, Kingmen, and Machu. The area of all three together is much less than any that of any one province of China mainland. Before I was even able to report to my unit in Ching-quan-kan (青泉岗) at Hukao (in Taiwan and south of Taipei), I was "temporarily" reassigned to a platoon-sized unit in charge of all recreation in the First Division Armored Corp Headquarters. This unit was housed in the same complex as the division headquarters of our Major General. The reason I was assigned to the unit was very simple. I was to lead the Armored Corp basketball team, called the Swift Cougar(捷豹). The Major General wanted his basketball-team to reach the top in the military. It turned out that I was in this unit for my entire term. I even received a waiver to keep me from returning to my original unit when it was reassigned to Kingmen. My service to my country was therefore being the captain of a basketball team!

There were quite a few benefits to being on the basketball team. We had special dietary supplements, such as eggs for breakfast, drinks for the game, and noodles after the game. Of course, we had better uniforms, shoes etc. Most importantly, we had more time to do our own thing. For me, that was applying for graduate schools in the USA. There were two other reserve officers on the basketball team. Since both of them were married, they enjoyed long weekends home.

When we were not playing ball, we had to help with other activities for the unit. We made banners, arranged parties and/or receptions for the Major General (who at that time was Chiang Kai Shek's second son, Chiang Jin-kuo), and inspected soldiers clubs and officers clubs (which provided many services, such as pool houses, bars, and female companions for the night, all according to the Yellow Book from USA).

Two pictures were taken in front of Officers Club. 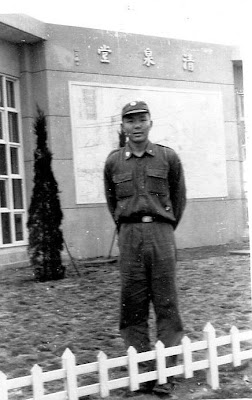 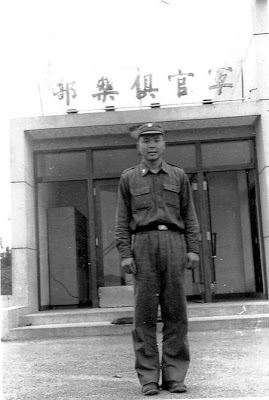 The others were all to remember my service to my country: playing basketball! 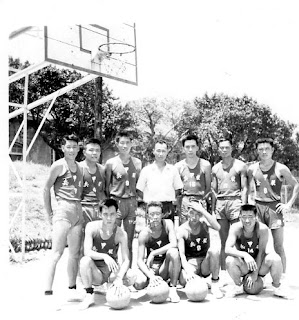 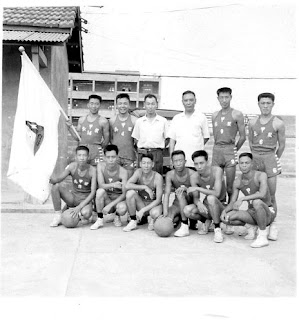 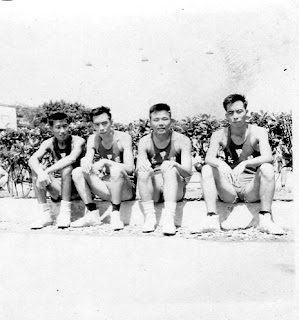 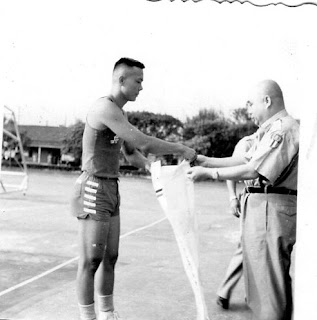 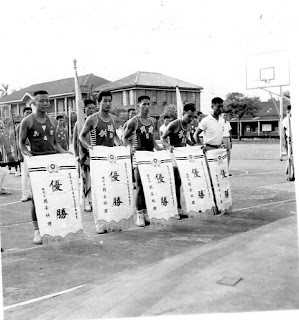