At the end of our freshmen year, in early July of 1958, the Lutheran Student Center had a retreat at Sun Moon Lake, one of the famous scenic spots on the island. I do not remember how many people went in the group. The important part was that both Taotze and I were included in the group, and we were very excited to be able to visit this place together for the first time. In high school, we did not have any chance to be able to visit any place over-night. The group was co-ed. Taotze and I did not know any other person in the group, so we two stayed together most of time.

In a retreat like this, there were some Bible studies in the morning, followed by free activities in the afternoon. A group of us hired a boat together to cruise the lake. It turned out that we had a group of about ten, and our boat stopped on the island called Kuan-Hua Island (光华岛), which is a tiny island in the middle of the lake. Some of the group took a picture together. There were two girls from Hong Kong in the group. They both were quite friendly, when compared to local girls who had grown up in Taiwan. Both Taotze and I were dazzled by their easy manner when they talked with us. The excitement was definitely there with us! In the next few days, Taotze and I tried to ask the two girls to spend their free time just with us, and we were quite successful. The two were students from Taiwan Normal University. One was called Liu Kwai-sen ( 刘桂堔), she gave us the best impression. Later, when we came back, we visited them again at their University. 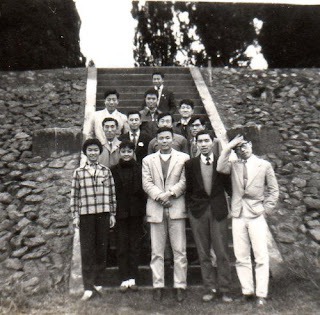 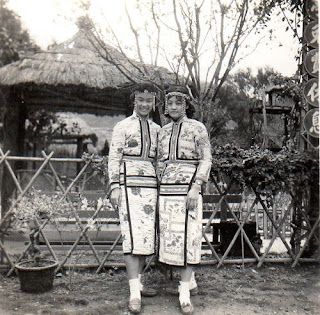 Later Liu even introduced us to the western habit of decorating a Christmas tree during the Christmas season. She made quite a number of Christmas tree ornaments out of paper for our home's first Christmas tree. Once when she went back to Hong Kong, she sent me a picture in front of Hong Kong Botanic Garden. She had definitely become part of our lives during that period. 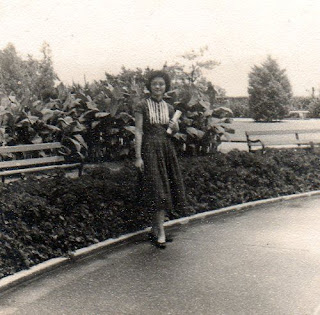